Travis Barker said he is recovering well as he has opened up about the health difficulty he had! 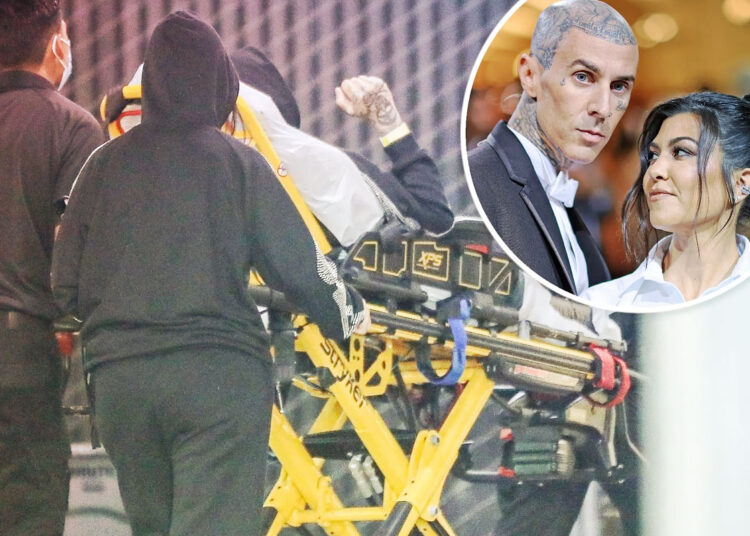 The same happens with celebrities whose lives seem to turn upside down when something related to themselves and their health comes in their way. Something like this happened recently when Travis Barker was seen hospitalized while his wife Kourtney Kardashian was at his side. He recently broke his silence and explained what had happened.

The 46-year-old Travis was hospitalized on 28 June 2022. The reason behind the hospitalizing and the serious health was not clear but it has become a concern for many fans. He was seen laying down on a stretcher while a lot of medical staff were accompanying him.

What more did Travis Barker Shared About His Health?

It was later on revealed that he suffered from pancreatitis. The 46-year-old drummer has revealed that he went for an endoscopy on Monday and is now feeling great. But after having dinner he started having pain and due to this reason he was hospitalized. Travis is still in hospital and going well with the treatment.

Writing more messages on his Instagram, he said that a small polyp was removed at the time endoscopy was done. Due to this, it has damaged the pancreatic drainage tube and has resulted in hospitalization. Due to this reason, it has created a lot of pancreatitides.

Travis has also said that he is very grateful for the intensive treatment that has happened. He is right now feeling very relieved and much better than what he was feeling.

In some of the photos, Travis was not visible very clearly but he was there with his wife Kourtney Kardashian. The moment he got hospitalized, Travis also twitted that “God save me”. It was also uploaded by his 16-year-old daughter who said to send prays to his father.

The couple got recently married in May 2022. They got married and Italy in a private ceremony where friends and family were invited. It is still said that the couple is so much in love with each other as if their honeymoon phase is still not finished. The attraction and the love they share for each other is very unique and can be seen through a lot of social media posts they share.