Kendall Jenner Seen In All Red At KarJenner Christmas Party

When it comes to the model then Kendall Jenner was looking beautiful in red lipstick and eyeliner. Her red outfit was also matching with the vibe and theme of Christmas which was dark and red. 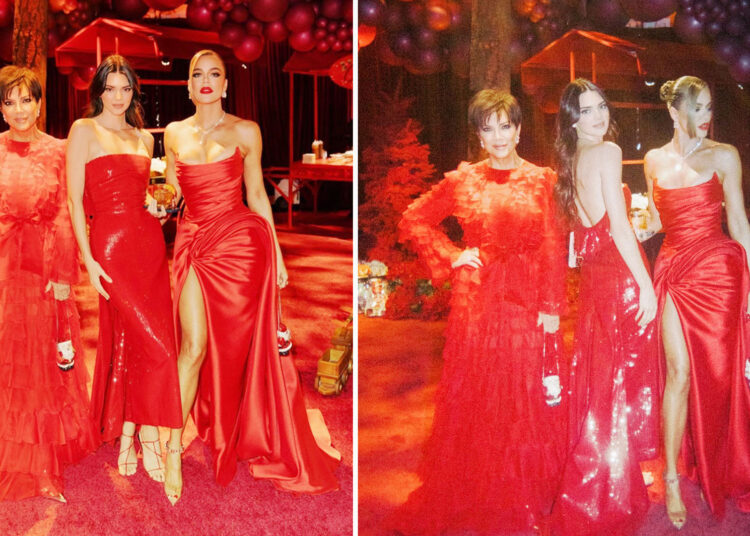 Kendall Jenner was looking stunning in her red backless dress while enjoying time at her family Christmas party.

We have seen a lot of celebrities enjoying this Christmas 2022 with great spirit. And at the same time, they have tried to make their fashion look great in front of fans and friends.

And if we talk about such things when we cannot forget some particular name whose Christmas has become the highlighted point of the 2022 ending year. Among them is 27-year-old model Kendall Jenner who was looking beautiful in her red dress.

The 27-year-old model Kendall Jenner celebrated her Christmas with family as usual. She was seen with her mother Kris Jenner while uploading some pictures on her Instagram. In the picture, one can see the model standing in a red dress while having almost no accessories.

When it comes to the model then Kendall Jenner was looking beautiful in red lipstick and eyeliner. Her red outfit was also matching with the vibe and theme of Christmas which was dark and red. With this fashion again it is proved that whatever Kendall Jenner is going wears, it is going to look perfect on her.

If we talk about the whole Christmas party of the Kardashian family then the most highlighted part was the 9-year-old daughter of Kim Kardashian, North. She was looking beautiful in her black sparkly outfit while singing a song with singer Sia. Both of them were inside a gift box while performing the hit song called Snowman.

The Christmas party of the family was also known because it was the first Christmas for the married couple, Kourtney Kardashian and Travis Barker. It was they who arranged the whole party and hosted it this time. The party was also known for the birthday of Alabama, the daughter of Travis.

Coming to the Christmas party then this time Kendall Jenner celebrated with her single status. She got separated from her boyfriend Devin Booker due to certain reasons. The couple dated each other for 2 years and went on many roller coaster rides. Despite the separation, they have equal respect and love for each other.