Ms. Marvel Episode 6 will be the finale episode of the mini-series, Will any other Superhero will get a cameo in the last episode? 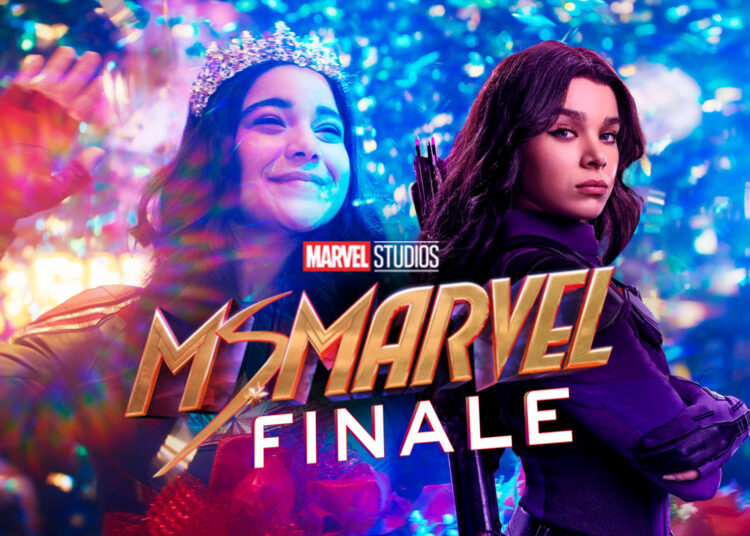 Ms. Marvel Episode 6 will be released next week and fans are speculating about the cameo of any other major Superhero in the series. Who it could be? Here we have an almost confirmed name.

As Episode 5 of Ms. Marvel deals with Kamal Kha’s expedition in Karachi with Red Dagger and Clandestines are also dead now, who was speculated as the major villains of the series but now I think DODC will be the villain of the series.

As in the last few minutes of the episode, we had seen Kamaran (Rish Shah) with Bruno (Matt Lintz) and one of Stark’s Drone who is now in control of DODC tried to kill them at CIRCLE Q. So I think the next episode will deal with Kamala Khan’s fight against DODC with Kamran and Bruno’s help.

And now Kamran’s powers are also been activated so he can emerge as the comic book accurate Kamran who will fight alongside Kamala, And Red Dagger Kareem may help them in the Ms. Marvel Season 2 if it will happen ever.

As we all know Ms. Marvel Kamala Khan will appear in ‘The Marvels’ alongside Carol Danvers aka Captain Marvel, But who will introduce Kamala to the Avengers?

Marvel Studio probably be set the background of Kamal’s path to becoming an Avenger in this series only. There should be a cameo of any Superhero who can do that in Ms. Marvel Episode 6.

Also Read: Thor: Love and Thunder Is Any God Safe From Gorr the God Butcher?

And we have the answer, It will be Kate Bishop (Hailey Steinfeld) aka Female Hawkeye who was last seen in Marvel Studio’s Hawkeye Series along with Clint Barton aka our main Hawkeye.

And it has got confirmed because of an MCU fan and BGR, who has seen the entire end-credit of Ms, Marvel Episode 5 and he found a name Chris Milone in Ms. Marvel makeup department, who has been credited as makeup artist to Ms. Steinfeld, who plays the role of Kate Bishop in MCU.

soooo did anyone notice this in the #MsMarvel credits or am i seeing things pic.twitter.com/oAGNvKizDs

So it’s confirmed that Kate Bishop will appear in the Ms. Marvel Epsiode 6

And we all know Kate Bishop, Ms. Marvel, and Tom Holland’s Spider-Man will appear in New Avengers. So this is how Marvel can set up Kamala Khan’s entry into Avengers Team.

One more thing Kamal Khan has not gotten the name of Ms. Marvel yet, So it could be Kate Bishop who will give her the title in Episode 6.