Where have the cast members of the upcoming film 'Mom, Don't Do That' been seen before? 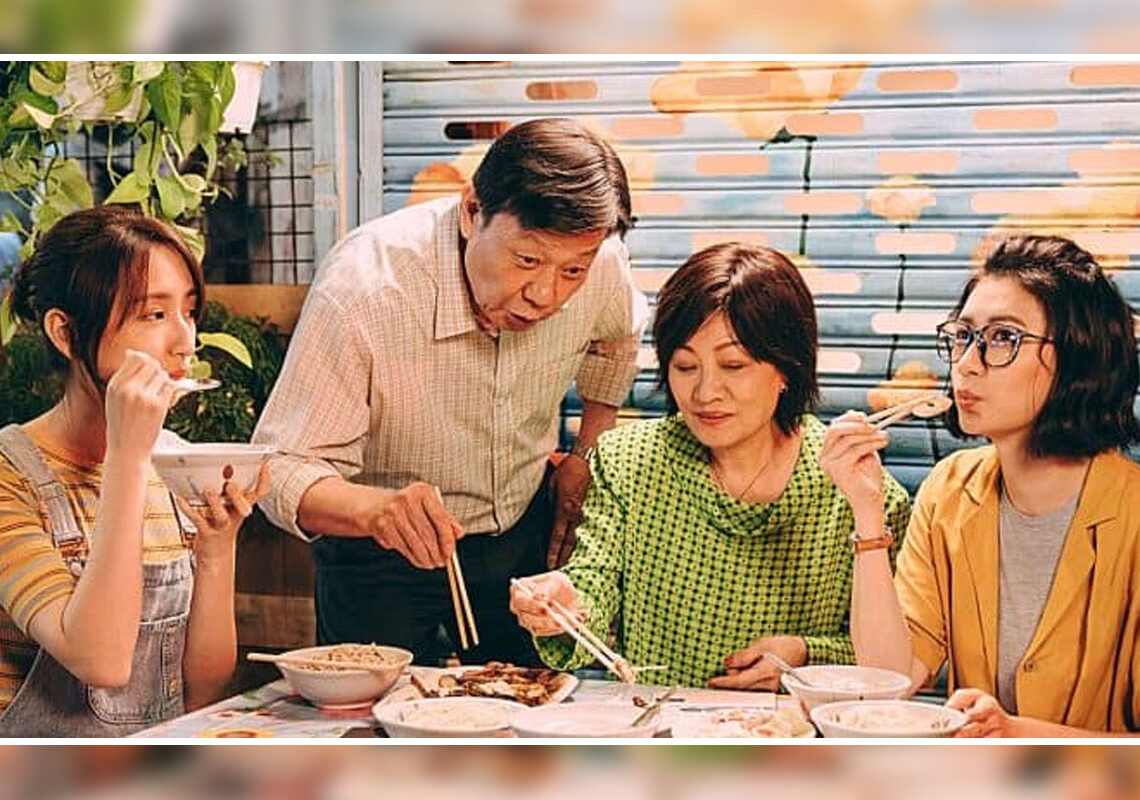 An upcoming Taiwanese film named ‘Mom Don’t Do That‘ is a movie in Mandarin language and is set to release on July 15, 2022, in Singapore on Netflix.

The romantic comedy-drama revolves around a woman sixty years old who makes up her mind to find love again when her husband dies and decides to ignore the conventional prejudice surrounding her age.

But she has two daughters who are joyous and annoyed by their mother’s decision. The plot of the film is based on a true story.

Some of these cast members have been seen before playing various roles in a number of films and tv series making them familiar faces for us.

Mom Don’t Do That- Alyssa Chia:
Taiwanese actress Alyssa Chia will play the sixty years old woman in the upcoming film. She is also a television host and is regarded for her roles in series like ‘The Prince of Han Dynasty’, ‘Lady Wu: The First Empress’ etc. Chia studied acting at Beijing Film Academy though did not complete her graduation because of getting a job offer in Taiwan. Chia began her acting career in 1990 with tv series roles.

In 2001 she was cast in the Chinese historical tv series ‘The Prince of Han Dynasty in the role of Niannujiao. Next year she was cast in ‘The Heaven Sword and Dragon Saber’ which is an adaptation of the same-named novel by Louis Cha. Chia played one of the main roles of Zhao Min in the series.

Then in 2003 Chia played the role of the titular character Wu Meiniang in the tv series ‘Lady Wu: The First Empress’ in which Vincent Zhao starred as Li Junxian, the love interest of Wu Mining. She played Yanzhi in ‘The Prince of Qin, Li Shimin’ in 2004.

As the primary character Xiang Xue’er, Chia was cast in the 2010 series ‘Entangling Love in Shanghai’. In 2012 she played the role of the titular Princess Taiping in the Chinese historical series Secret History of Princess Taiping’. In 2013 and 2017 she appeared as a guest star in ‘The Demi-Gods and Semi-Devils’ and ‘Game of Hunting’ respectively. In 2016 she portrayed the protagonist Zhao Min Na in ‘Angel Wings’.

In the HBO series ‘The World Between Us’ Chia was cast as Sung Chiao An in 2019 and in the Netflix Original series ‘Nowhere Man’ as Jiang Jing-fang the same year. In 2020 she played the role of the favorite consort of the Emperor in ‘The Sleuth of the Ming Dynasty.

Mom Don’t Do That- Ko Chia-yen:
Taiwanese actress Ko Chia-yen is another cast member of the upcoming film. She also has been seen in a number of series and films. Her films include ‘Monga’, ‘Night Market Hero’, ‘Judgement Day, ‘Partners in Crime’, ‘Where the Wind Settles’, ‘Zinnia Flower’, ‘Who Killed Cock Robin’, ‘The Bold, the Corrupt, and the Beautiful’ etc.

Austin Lin:
Taiwanese actor Austin Lin is also a singer who is one of the cast members of the upcoming film. In 2016 he won a Golden Horse Award in the category of Best Supporting Actor for his role as Xiao Bozhi in the movie ‘At Cafe 6’. Other than ‘At Cafe 6’, other films in which he acted are ‘Somewhere I Have Never Traveled’, ‘Sweet Alibis’, ‘Endless Nights in Aurora’, ‘Ga Lala Go 2’, ‘I WeirDo’, ‘The Knight of Shadows: Between Yin and Yang’, ‘Wings Over Everest’, etc. Her tv series include ‘Lady Maid Maid’, ‘The Kindaichi Case Flies’, ‘Light the Night’, ‘I Will Never Let You Go’, ‘Unexpected’ etc.

Wu Kang-ren:
One other cast member of the upcoming film Wu Kang-ren is a Taiwanese model and actor. The tv series in which he starred include ‘Autumn’s Concerto’, ‘I Love You So Much’, ‘Inborn Pair’, ‘What Is Love’, ‘King Flower’, ‘Rock N’ Road’, ‘The Lying Game’, ‘Mr. Right Wanted’, ‘Wake Up’ and ‘Wake Up 2’, ‘The Crossing Hero’, ‘A Touch of Green’, ‘The Perfect Match’, ‘The Masked Lover’, ‘The World Between Us’, ‘The Ghost Bride’, ‘Light the Night’ etc.

Wu Kang-Ren starred in films including ‘When Love Comes’, ‘The Third Wish’, ‘Star of Bethlehem’, ‘The Bride’, ‘White Ant’, etc. He also acted in some short stories such as ‘The End of Love’, ‘Dive In’, ‘Economical Man’, ‘Xiao Yuan San Kuai Key, ‘Love in Kyushu’, ‘Life in Tokyo’, ’42 Minutes’, ‘Beyond All Doubt’, ‘Portrait Coffee Shop’ etc.