How Jacob Holland and young Maisie Brumble teamed up and made history? 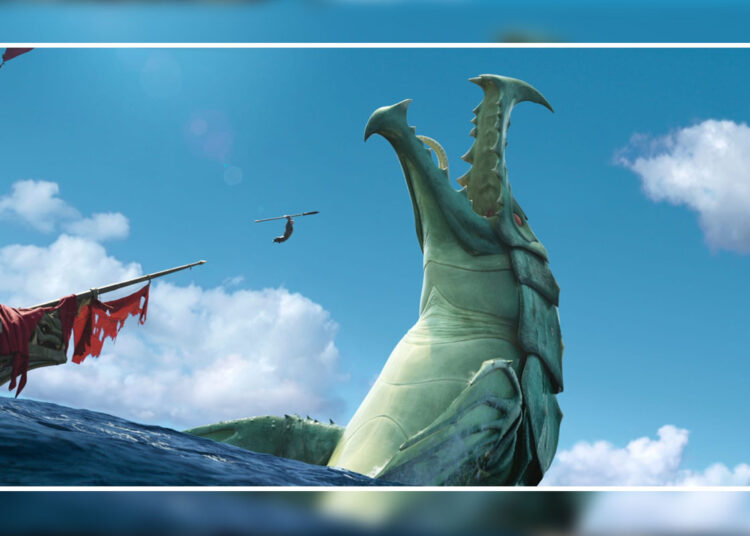 The Sea Beast: Netflix has announced the release of an animated, adventure-filled entertainment film, The Sea Beast, on July 8, 2022. Chris Williams is The Sea Beast’s director, best known for his work on the anime Moana. So, are you ready to go on a sea hunt?

It’s always exciting to sail through the seas, enjoying the wind, the scenery, and the fresh air. But, will the journey be easy if there are sea monsters to annoy you? Yes, of course. We’ll be terrified of traveling.

But, we’ve also heard about such nightmares, and with equal frequency, about the hunters who catch these monsters and become true heroes. The villagers greatly admire these hunters. Even the children tell tales of the adventures of these heroes. People can feel safe due to the efforts of these heroes.

In The Sea Beast, we meet Jacob Holland, a hunter greatly admired by the people and even the children. Maisie Brumble, an orphan, was one of these children. Maisie’s great dream is to join Jacob’s crew and assist them in capturing the sea monster.

This thrilling film has a running time of approximately 1 hour and 55 minutes so that you can watch it quickly.

What’s in The Sea Beast’s trailer?

When the trailer first begins, we see a young girl reading a book in which it is written that there was a time in the past when the sea beast tormented the land, and no one was safe. But those days are gone, she declares, because she sees Jacob as the hero, and one day she meets him and expresses her desire to join his crew.

Jacob returned her because she was a child. When Jacob was about to embark on a journey to find the monster, Maisie attempted to sneak into the ship.

Jacob informed Maisie that they would drop her off at the nearest port, to which she retaliated by claiming that Jacob joined the boat when he was a child, just like her.

Even the crew members begin to speak out in favor of the girl. “I saw a fire in her, the same fire I saw in you,” one man said to Jacob.

Cast Update: Who Is In It?

Based on the trailer, we have no idea how Jacob and Maisie will work together. Will he accept her as one of them, or will he send her back forever? There’s even a question: at the end of the trailer, we saw the sea monster standing over the ship, about to break it, right? So how will Jacob and his crew deal with such a situation? How are they going to make history?
This anime, like Moana, will appeal to many audiences, not just children.