by Ranjeet Kumar
Reading Time: 3 mins read
A A
2 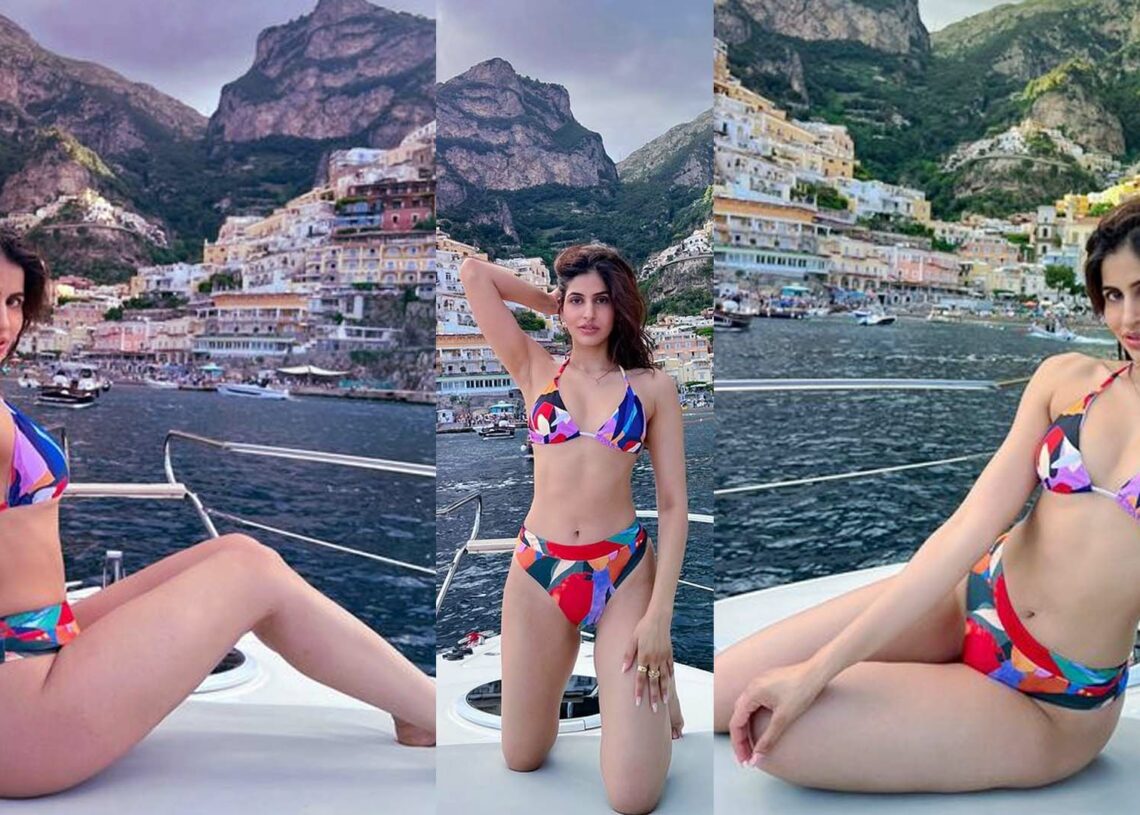 Sakshi Malik is known for her song ‘Bom Diggy Diggy’ in the film ‘Sonu Ke Titu Ki Sweety’, and has shared a few beautiful and hot BIKINI photos of her on Instagram. the model and actress always share her bold photos and fans give shout her fans in the comments too.

The model and actress is spending her vacation in Italy along with her team on a tour. And she is sharing beautiful pictures of herself on her profile on daily basis from the tour.

The 25-year-old actress Sakshi Malik has shared the hittest photo of her in colorful BIKINI from Italy, in the photo we can see her in very cheerful colors BIKINI and she is seated on a boat and the landscape behind is really great.

She has captioned the photos with Positano dreams 🧡💙 and the post has got more than 2 lacs likes on the post and thousands of fans have commented on the post.

Another user has written: 💜whаt аrЁ yоu up 2?💜

She has posted 4 pictures in the same dress from the same location, and all the pictures are looking beautifully hot with the background.

In another post which has been pinned at Jardin du Luxembourg with the caption “Ending a beautiful day in this city 🌸”, Sakshi Malik can be seen in a garden in a really hot and colorful gown, she can be seen enjoying a perfect evening team and she can be seen raising a toast with a glass of wine.

These photos of her have got more than 2 lac likes in just one day and almost thousands of fans have commented on the post.

In another post, her Sakshi can be seen in purple color BIKINI and a sunglass on her head, and she is looking really very hot and bold in these photos too, The photos of her taken at Hotel Miramalfi, and this photo has been liked by almost half-a-million people in just a few days.

She was born in Kanpur, India and if you don’t know she has an Engineering Degree from Jaypee Institute of Information Technology, Delhi.

Model and Actress Sakshi  Malik has also appeared in Armaan Malik’s Video song named ‘Veham’. The song was really very popular when it was released on Youtube.