Bet You Can’t Take Eyes Off From Mouni Roy in Black Lehenga!

The hot actress did a photoshoot for an album recently and she looked stunning in it. 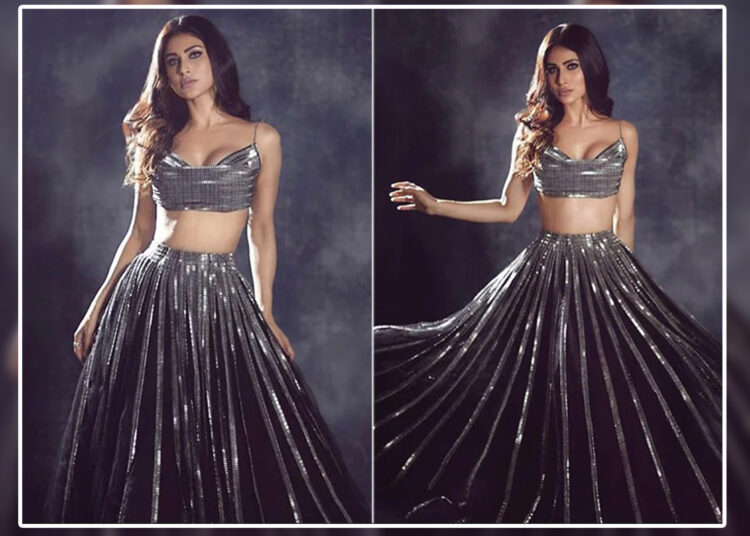 From making her debut back in 2006 with Kyunki Saas Bhi Kabhi Bahu Thi to soon being featured in one of the most anticipated movies in Bollywood history “Bhramastra”, Mouni has really come a long way.

And now since Mouni has become such a huge star, she is letting the world know with her beautiful photos on Instagram where she has a huge following of over 23 million.

Recently Mouni did a photoshoot for a magazine named The Man, for which she wore a black lehenga that had sparkle all over it, by designer Honey Bora.

The lehenga was such that ethnic wear lovers would absolutely be in love with it, the blouse with a sweetheart neckline was looking amazing and the full sleeves were embellished with feathers on cuffs, ber overall appearance was in one word magical.

Stylist Neha Ahuja did an amazing job with her overall appearance and the AKM Mehrasons gold earrings and headband were lighting up her style statement, dark red lipsticks, smokey eyes, and middle split hairstyle was all just on point.

Well, we can certainly keep on talking about how beautiful Mouni is and we won’t be able to stop so let’s see what she has been doing on the work front. Currently, Mouni is the host of the dance reality show DID Lil’ Masters and she will be seen next in Bollywood’s most hyped movie at the moment “Bhramastra”, the movie will be released on 9th September and Mouni is on a villain role as far as the trailer suggests

Mouni Roy stealing all the attentions with her sparkling gown. 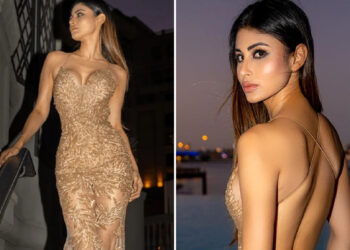