Almost all celebrities of Hollywood celebrated father's day with their father or kids! 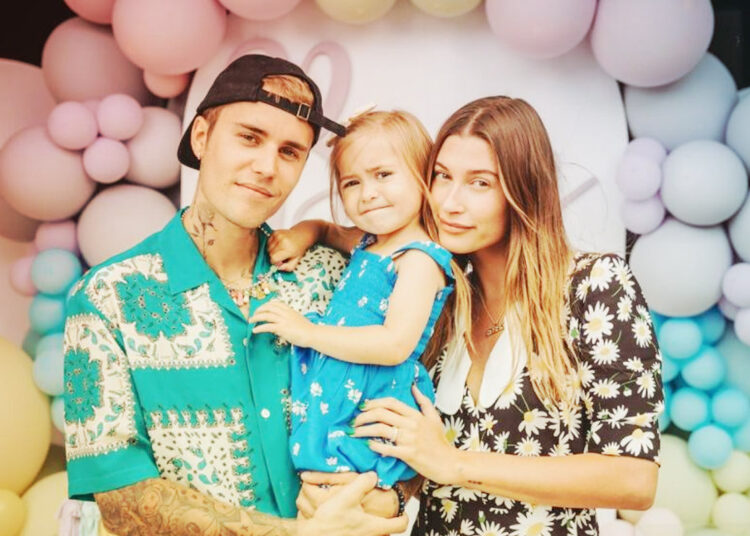 And with no doubt, our celebrities have celebrated it with all their love and confession towards their father or their children.

The same happened with a lot of Hollywood celebrities who have come forward and tributed their father or the Father of their children or even their children. Among them are celebrities like that Justin Bieber, Kim Kardashian, and Nick Jonas, and many more.

The kids of Kim Kardashian have asked how she will be able to celebrate this father’s day with her dad then the kids themselves said that if she will wake up in heaven.

Kim Kardashian has also shared some pictures of her family with her stepfather Caitlyn Jenner. Later on, she shared a picture of Kanye West West with 4 kids and called Kanye West the best dad to their babies.

The next one is Nick Jonas who has shared a very beautiful picture of himself and his baby girl Malti. We can see in the picture how the father and the daughter duo were wearing the same sneakers.

For Nick Jonas, it was his first Father’s Day and that is the reason why he has celebrated it with all his love. He thanked Priyanka Chopra for making him a daddy as he loves her so much.

He has said that he is looking forward as there are a lot of best things that are ahead of them. By concluding his message, Justin Bieber has written that he is very much honored to be his son.

The next one is the actress Kate Hudson who has shared a picture of her and her stepdad Kurt Russell. She has written a caption that it was fun adventurous as well as passionate with some honesty and devotion to have him as a father.

She as also said that how his father had the best hair in Los Angeles. The actress has declared herself happy and lucky and wished her father a happy father’s day.

Last but not least is Kris Jenner who has shared a collage of all the fathers of her family. From her ex-husband Robert Kardashian to her son and then sons-in-law like Kanye West and Travis Barker.

She had wished every father of a family a very father’s day and thanked him for loving the little kids they have.