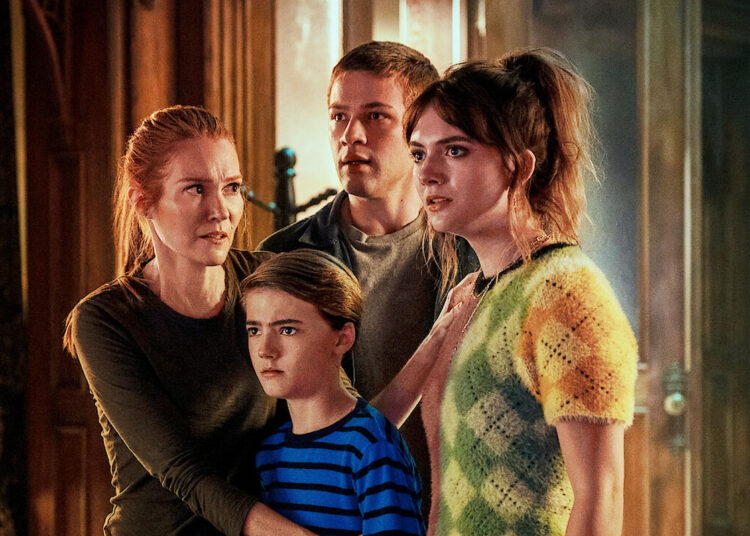 The plot of the series revolves around Nina, who is the wife of Rendell Locke, moving to the family home of the Lockes after the murder of her husband. The house is situated in Massachusetts. As Nina and the three children Kinsey, Tyler, and Bode settle in the house, the children soon find out some keys holding a lot of mystery.

They begin to sense a demonic presence in the house. The keys that they have found are the ways to enter through magical doors. But the demonic entity is seeking those keys for some evil purpose.

Now there are some more fantasy supernatural series that you will definitely like if you are a fan of ‘Locke & Key’ and are waiting for the final season to arrive on the streaming site.

Dennis Heaton created this horror drama series that revolves around Jack Morton who is a college student. As he gets admitted into a secret society of teaching and practicing magic, his life changes.

The name of the society is the Hermetic Order of the Blue Rose. Jack delves deeper into the history of society only to discover dark secrets about families. He also gets a hint of combat going on underground between dark arts users and werewolves.

Roberto Aguirre-Sacasa developed this supernatural horror series of America that is adapted from the same-named book series of Archie comics. The plot of the series is set in Greendale which is a fictional town created in the comic book and tells a dark story of a coming-of-age character.

The protagonist of the series is Sabrina Spellman who discovers that she possesses two natures at the same time which are the witch and of the human beings.

While coping with this double nature, she also has to fight against the evil power that poses a danger to her family, herself, and the whole human world.

Ezio Abbate, Ivano Fachin, Giovanni Galassi, and Tommaso Matano created this Italian supernatural series that revolves around a sister and a brother Daria Raina and Mauro Raina who are twins.

They along with Anna Raina who is their mother come back to their hometown seventeen years after Anna ran away from there while being pregnant. But the people of town including the twin’s father do not want them there.

Dan Berlinka and Nina Metivier created this British thriller teen series that surrounds a summer camp that turns out to be like a dark dream. A teenager comes to a summer camp in hope of spending the summer of a lifetime.

But her Queen Bee status begins to crumble when another girl arrives at the camp. Meanwhile, dark secrets start to reveal themselves.

Louis Hofmann, Oliver Masucci, Lisa Vicari, and Gina Stiebitz are some of the cast members of the series. The series ran from December 1, 2017, to June 27, 2020, on Netflix.