The excitement and nervousness of Britney Spears for marriage has given her panic attack! 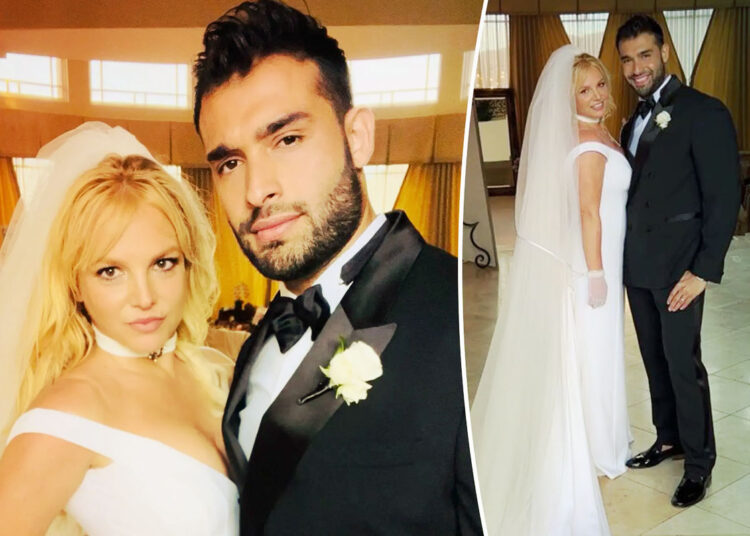 Britney Spears and Sam Asghari are finally married now. And there have news all around that the 40-year-old singer Briney spears had gone through a panic attack just before her wedding. The singer has revealed it on social media where she has told that she almost had a panic attack.

Britney Spears has shared some pictures from the wedding where we have seen her looking very beautiful in a white gown. She has uploaded all the pictures with a very emotional caption that revealed her feelings. She called it “holy crap” and said that they got married. She called it a very spectacular day.

She also revealed in the caption that she was so nervous on the morning of the wedding but then at 2:00 p.m. she got a kind of panic attack. She said that the crew who has created her home is literally nothing less than a Dream Castle. She called the crew fantastic.

Coming to her panic attack, of course, it was not serious but she was nervous and at the same time excited, so maybe that is the reason why the panic attack has happened.

Her make-up was also looking very natural on her gown and her face. While on the other side her husband Sam was looking like a Greek model, very handsome in a black tuxedo.

What more did Britney Spears share about her Marriage?

The anticipated couple got married in California. The place was a castle that was filled with some nearby 60 guests. As per the guests, we have seen best friend Paris Hilton and singer Selena Gomez posing with Madonna. We have also seen the Versace founder and designer Donatella Versace who has designed the beautiful bride dress of the singer. All of them were happy with the bride and smiling on camera!

When it comes to the family appearance of Britney Spears then it was not shocking. There was no one from her family side, except her brother Bryan who is 45 years old. She called the ceremony a “dream” and the after-party of the wedding was also nothing less than a dream.

She said that a lot of incredible people have come to her wedding and she is still in shock related to it. She called Selena Gomez prettier in person. She also confessed that she kissed Madonna again and they danced together with Paris Hilton.

The singer has also thanked Versace for designing her dress as she felt very beautiful in it. She has also thanked her makeup artist for the jewelry and makeup. At last, she said “I love you” to her husband and concluded her message.