Britney Spears married Sam Asghari with the presence of some friends and family, including celebrities! 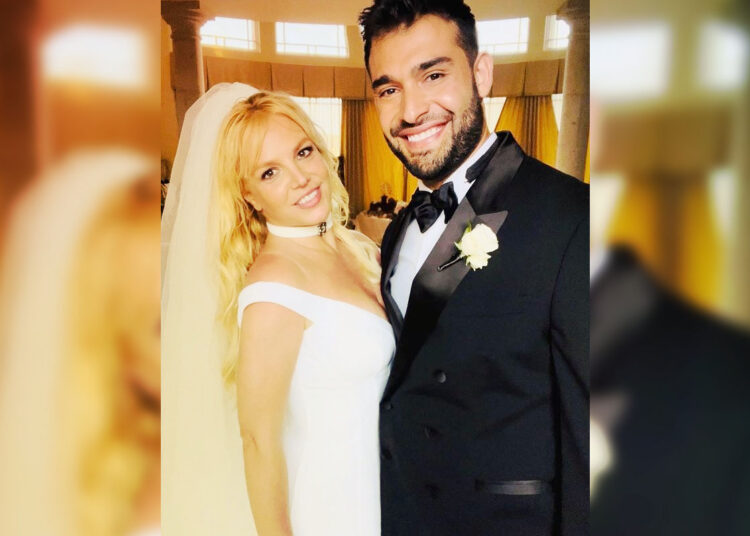 The couple was dating each other for so long and without a doubt, Britney Spears and Sam both wanted to live together as a married couple. And that is the reason why they decided to get married. The marriage of the couple happened on 9 June and the day was Thursday in California. The singer came officially and happily as a married woman.

Together they said ”I do” in a romantic ceremony in the presence of a lot of people and their love. According to some sources, the bride Britney Spears was looking very gorgeous as she has waited for this day for so long. Britney Spears is right now very much happy in this marriage.

When it comes to the guest then there were only 60 guests present at the wedding. We have seen some of the friends and families of both the parties and at the same time, the presence of some celebrities was also seen. If we talk about the celebrities who have attended the wedding of Britney Spears and Sam Asghari then here are the names as follows: Paris Hilton, Donatella Versace, Drew Barrymore, and some more.

When it comes to the family then we are very much aware that Britney shares a very hate relationship with her family. And that is the reason why the presence of her family was not there along with her father and mother. We have also not seen the son of Britney Spears called Jayden and Sean.

The singer had walked the aisle to the song called Can’t Help Falling In Love which is sung by Elvis. When it comes to their relationship then they have announced their engagement in September 2021. Britney Spears has shared the video of the engagement ring where we can see her beside Sam.

Britney Spears was also pregnant with her child of Sam but due to some reason, she lost the child. It happen some months ago when Britney shared this news with a fan and called it devastating. And that is the reason why she wants to focus now on family and has expressed to grow her family well.

When it comes to the coming album or the come back of Britney Spears then it seems to be not so quick to come. Since all the focus of the singer is right now on her family and family making so that is the reason why she is not focusing much on the music. She might be releasing an album or a single somewhere at the end of 2022 but right now she is keeping herself happy with her husband.