Must Watch Series Like Fate: The Winx Saga Season 2

Names of series that might intrigue you if you know what they are offering. 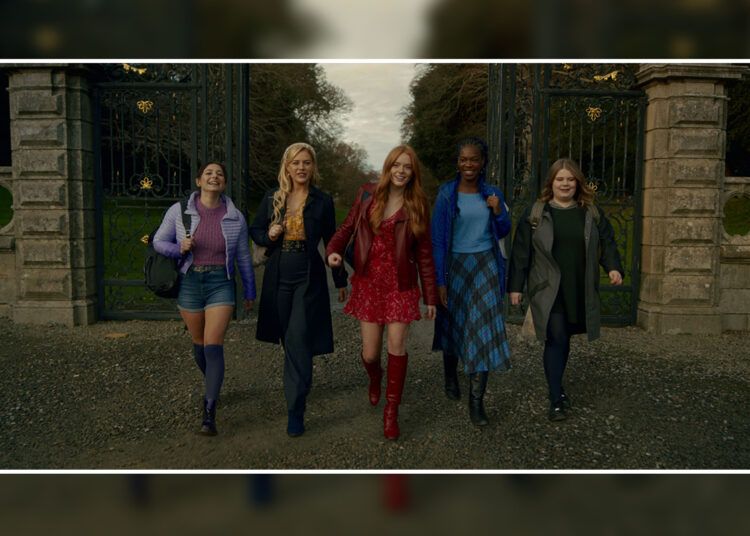 Brian Young created the teen series Fate: The Winx Saga Season 2 which is adapted from the animated series of Nickelodeon- ‘Winx Club’. The plot of the series revolves around a fairy named Bloom who possesses the power of fire.

In an Otherworld known as Alfea, she gets admitted into a boarding school of magical beings where she meets light fairy Stella, water fairy Aisha, earth fairy Terra, and mind fairy Musa.

They help Bloom to learn a lot concerning her past. Also, the Burned Ones who are a kind of ancient creatures come to the Otherworld and endanger everyone’s life.

Abigail Cowen plays the role of Bloom Peters in the series with Hannah van der Westhuizen as Stella, Precious Mustapha as Aisha, Eliot Salt as Terra, and Elisha Applebaum as Musa. The series premiered on January 22, 2021, on Netflix. Netflix has confirmed the renewal of a second season of the series that will arrive in the Autumn of 2022.

There are a number of fantasy series that you will definitely like if you liked ‘Fate: The Winx Saga’.

Must Watch Series Before Fate: The Winx Saga Season 2:

Shadowhunters –
Number of Seasons: 3
Ed Decter developed this American supernatural series that is based on Cassandra Clare’s book ‘The Mortal Instruments. The plot of the series revolves around a woman named Clary Fray who right after turning eighteen discovers the new identity that had been hidden from her since then.

She is a member of a unique group that has been existed for a long time. They are a hybrid of humans and angels. Their task is to hunt demons down. Now Clary has to participate in that too as well as a struggle with forbidden love.

Katherine McNamara plays the role of Clary Fray in the series. Other cast members of the series include Dominic Sherwood, Alberto Rosende, Matthew Daddario, Emeraude Toubia, Isaiah Mustafa, Harry Shum Jr., Alisha Wainwright etc. The series ran from January 12, 2016 to May 6, 2019 on Freeform.

Chilling Adventures of Sabrina –
Number of Seasons: 4
Roberto Aguirre-Sacasa developed this American horror supernatural series that is adapted from the same named Archie comics. The setting of the plot of Greendale which is a fictional town.

The dark story of the coming of age series centers around Sabrina Spellman who discovers that she possesses two natures in her body which are of both mortal and witch. While trying to come to terms with her double nature, she has to begin fighting to defeat the evil forces threatening her family and the whole world of human beings.

Kiernan Shipka plays the role of Sabrina Spellman in the series. Other cast members of the series include Ross Lynch, Lucy Davis, Chance Perdomo, Michelle Gomez, Jaz Sinclair, Tati Gabrielle etc. The series ran from October 26, 2018 to December 31, 2020 on Netflix.

The Bureau of Magical Things –
Number of Seasons: 2
Grant Brown, Evan Clarry, and Martha Goddard directed this Australian series that shows how magical beings and human used to co-exist in harmony before the advancement of technology.

Since then the magical world has been forced to go to the edge as the existence of the creatures becomes endangered. Kyra and Peter attempts to find out who is posing as a threat to both humans and magical creatures and unite elves, fairies, and humans to save the world.

Kimie Tsukakoshi and Jamie Carter play the roles of Kyra and Peter in the series. Other cast members of the series include Elizabeth Cullen, Mia Milnes, Julian Cullen, Rainbow Wedell, Christopher Sommers etc. The series premiered on July 8, 2018 on Eleven and 10 Shake.

The Order-
Number of Seasons: 2
Dennis Heaton created this horror series that revolves around Jack Morton who is a student of college. He joins a secret society where magic is taught and practiced. Its name is the Hermetic Order of the Blue Rose.

He begins to dig out mysterious family secrets from the history of the organization and gets to know about an underground combat between practicers of magical creatures and werewolves.

Jake Manley plays the role of Jack Morton in the series. Other cast members of the series include Sarah Grey, Matt Frewer, Max Martini, Louriza Tronco, Sam Trammell, Katharine Isabelle etc. The series ran from March 7, 2019 to June 18, 2020 on Netflix.

Warrior Nun-
Number of Seasons: 1
Simon Barry created this American fantasy series based on the same named character created by Ben Dunn. The plot of the series centers a woman of age nineteen who discovers a divine artifact on her back as she rises inside a morgue. From now on, she is member of the Cruciform Sword which is an ancient society to fight against demons. The series premiered on July 2, 2020 on Netflix.