The Jurrasic franchise has launched four seasons of its animated series and fans now await the release of season 5. When is it releasing? 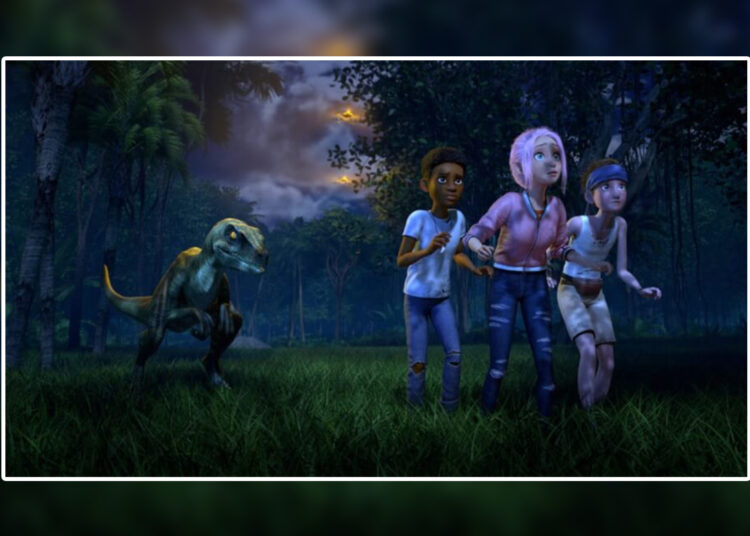 Jurassic World Camp Cretaceous is an action and adventure-driven animated series. It is based on Jurassic Park by Michael Crichton and is developed by Zack Stentz. The sci-fi is accessible through the screening platform Netflix. Along with being appreciated by fans globally, the series has also won and been nominated for a number of accolades.

Having released four seasons now, the franchise is all set to release the final season. To premiere on 21 July 2022, season 5 will be the last and final one. Having said that, mark the release date in your calendars as well.

The science-fiction series “Jurassic World Camp Cretaceous” is extremely exciting and thrilling. Displaying the co-existence of dinosaurs and mankind, it is an electrifying show for all age groups.

The plot of the story revolves around six teenagers, a video game, the Isla Nublar Island, and the fierce dinosaurs. An eager dinosaur fan, Darious Bowman becomes the winner in a video game. As a result, he gets a once-in-a-lifetime chance to visit the dinosaur adventure camp at the Isla Nublar.

As he embarks on this journey, he finds 5 more teenagers who had won this opportunity as well. However the twist comes when the dinosaurs break from their regular habitats and roam around freely. Will our teens survive and escape out alive?

The fifth season is yet to be released and will be the final one. Make sure to complete the previous four if you haven’t already. Will our video game winners safely escape the Island or will they fight them? Be ready to watch season 5 which is premiering this July.