by Deepak Kumar Gupta
Reading Time: 4 mins read
A A
1 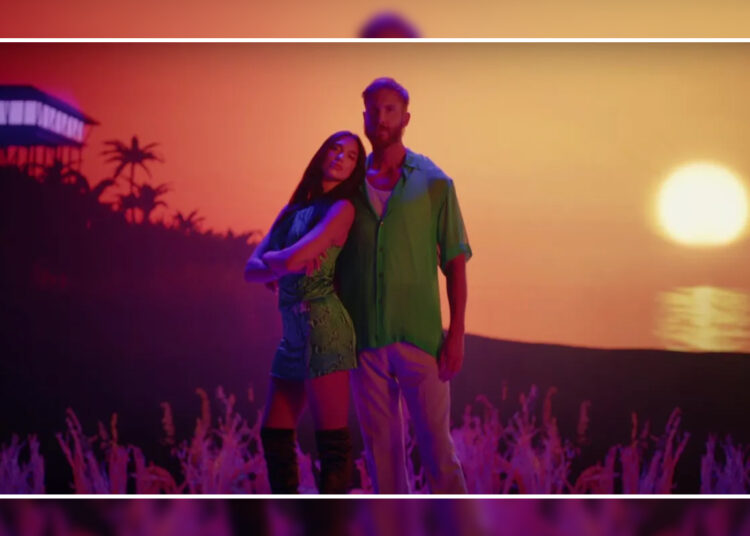 Dua Lipa was born on 22nd August 1995 in London, England. She is a singer and lyricist, she has been honored with numerous awards including the Brit award, the Grammy award, the Billboard Music award, and many more.

In 2014, she released her first album in collaboration with Warner Bros. Records, the album was a huge hit in the market.

Adam Richard Harris was born on 17th January 1984 in Dumfries, Scotland. He is famously known as Calvin Harris, he is a singer, DJ, and lyricist. He achieved global recognition after releasing his album 18 Months.

In 2014, Calvin became the first artist whose three songs are in the top 10 Billboard’s Dance category.

In 2018, Dua Lipa and Calvin Harris came on board and collaborated for a music video named “One Kiss” which was a huge hit in the market. The song was written by Calvin and Dua Lipa along with Jessie Reyez.

The song won many awards including the Brit award for the British single of the year. The song was on the top for straight eight weeks on UK Singles Charts.

It has been 4 yours since they both have worked together on a project. Now, Calvin and Dua Lipa have once again teamed up for another project. The song is named “Potion”.

Calvin uploaded a Tik Tok video on the 24th of May and teased the release of his upcoming song. He was creating instrumental music for the song and was also seen face timing Dua Lipa, she said she will be voicing it.

The song is all set to release on the 27th of May and it will be featuring Young Thug.

Sprinkle with a little bit of sex

The song is all set to release on the 27th of May and it will be featuring Young Thug.

Dua Lipa Was Seen In A Yellow Bikini As She Was Sunbathing!

Dua Lipa Was Seen In A Floral Bikini While Enjoying Time Near Lake!

Dua Lipa Takes A Night Off From Her Schedule

Anwar Hadid Was Seen With A Mysterious Woman After Enjoying Night Club!

Anwar Hadid Was Seen For The First Time After The Rumors Of Split From Dua Lipa!

Dua Lipa Is Enjoying Vacation In Her Bikni, Looking Hot As Ever!!

Here Is The List Of Celebrities Who Celebrated Christmas: Rihanna To Justin Timberlake