Kim Kardashian Was Seen In A Velvet Dress At Post-Wedding Of Kourtney Kardashian And Travis Barker!

Kim Kardashian was seen in a red velvet dress as she has revealed it through her social media! 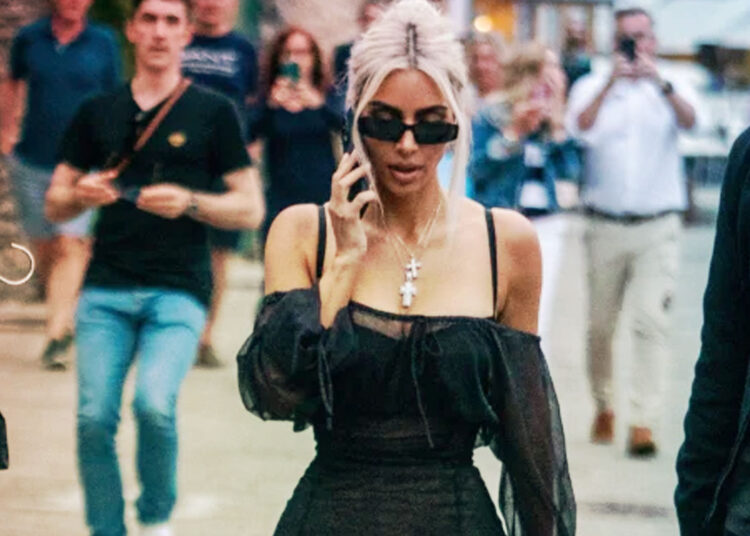 Kim Kardashian was looking as stunning and sizzling as ever. We know that the craze of Kourtney Kardashian and Travis Barker’s wedding is yet not over. And that is the reason why a lot of news related to the wedding and photos are still coming.

Kim Kardashian has always kept herself to the point related to fashion. And that’s what she has done on the wedding day of her sister. The model is sharing pictures from weddings almost every second day. She was recently seen in a velvet dress that she has posted on Instagram.

This velvet dress of Kim Kardashian was from none other than the shining brand from the wedding day of Kourtney Kardashian and Travis. It was Dolce and Gabbana. She was seen wearing a maroon velvet dress and also a bodysuit. She maintained her Platinum blonde hair and converted it into a bun. She rocked the look with heels and showed some great poses for the photo click.

The mother of four was seen posing near the wall of the Italian Villa. She was looking as young as ever and had also posted a picture of the model who has worn it for the first time. Talking about her final look at the wedding then she wore a lace dress in black color. She was wearing a long-sleeve dress with a choker necklace that has some dramatic effect on it.

She was also seen with her daughter North who was also wearing Dolce & Gabbana at the wedding. The eight-year-old was seen as very pretty in the black dress. We have seen almost every member of the family at the wedding except the brother Rob Kardashian. He was not there at the wedding because of the trial between him and his ex-girlfriend Balc Chyna.

We have seen Kylie Jenner and Kendall Jenner wearing floral dresses that were totally matching to each other. On the other hand, Khloe Kardashian was wearing Dolce and Gabbana. She was also seen in a similar look to Kim Kardashian where she was wearing a black lace dress.