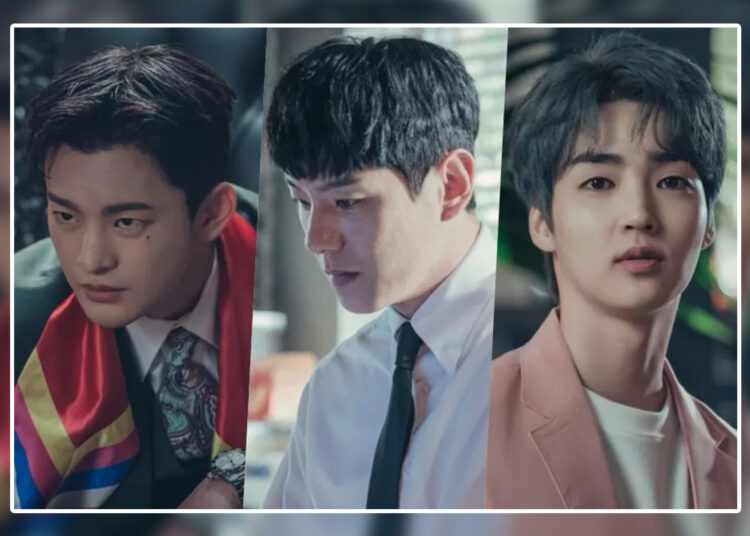 Café Minamdang Season 1 Update: Go Jae-Hyun has directed the upcoming South Korean series that is adapted from Jung Jae-ha’s novel ‘Minamdang: Case Note’. The plot of the series revolves around an ex-profiler who becomes a shaman.

Café Minamdang Season 1- It navigates the suspicious incidents that the shaman experiences along with his colleagues. But the primary focus of the series is a mysterious cafe whose name is Minamdang with its customers.

Before the series releases, you can watch some more K-dramas that you are sure to like.

Must Watch Series Before ‘Café Minamdang’:

Doom at Your Service –
Number of Seasons: 1
Kwon Young-il directed this South Korean drama that revolves around two individuals who live in two different worlds and meet through some unusual happenings. Tak Dong-Kyung is a web novel company editor who has been spending an ordinary and we’ll enough life.

But suddenly she begins to change and she finds herself amidst some unfortunate events. First is that she is suffering from a deadly disease with only three months more to be alive.

She comes to know about her boyfriend’s wife and the news of a baby coming. In her work also she gets scolded and on the same day, a pervert spies her. Frustrated with her life Dong-Kyung wishes the ruin of the world on a shooting star.

On the other hand, Myul Mang who is a messenger between humans and gods and is fated to cause destruction, hears her wish. He is also frustrated with the world and decides to grant her a wish.

Park Bo-young and Seo In-guk star as Tak Dong-kyung and Myul Mang in the series. Other cast members of the series include Lee Soo-hyuk, Kang Tae-oh, Shin Do-Hyun, Dawon, Woo Hee-jin, etc. It ran from May 10 to June 29 of 2021 on tvN.

Persona-
Number of Seasons: 1
Lee Kyoung-mi, Yim Pil-sung, Json Go-woon, and Kim Jong-Kwan directed this South Korean anthology series that tells four stories of various people to explore their eclectic personas. There are four segments of the series which are Love Set, Collector, Kiss Burn, and Walking at Night.

Bae Doona, Kim Tae-hoon, Park Hae-soo, Shim Dal-gi, and Jung Joon-won are some of the cast members of the series. It premiered on April 11, 2019, on Netflix.

Soundtrack #1-
Number of Seasons: 1
Kim Hee-won directed this South Korean series that revolves around a man and a woman who are Han Seon-woo and Lee Eun-soo. For twenty long years, they have been best friends. Now as they stay in the same house for two weeks, they begin to actually know each other after all.

Park Hyung-Sik and Han So-hee star as Han Seon-woo and Lee Eun-soo respectively in the series. Other cast members of the series include Kim Joo-hun, Lee Jung-Eun, Park Hoon, Park Min-jung, Seo In-guk, etc. The series ran from March 23 to April 13 of 2022.

Queen of Mystery –
Number of Seasons: 1
Kim Jin-woo and Yoo Yeong-eun directed this K-drama that centers upon Yoo Seol-ok and her dream of being a police officer. Seol-ok is the wife of a prosecutor. When she comes across Ha Wan-Seung, a passionate detective, he presents her with a chance to make her dream a reality. The series navigates their working together to solve mysterious cases.

Choi Kang-hee and Kwon Sang-woo star as Yoo Seol-ok and Ha Wan-Seung respectively in the series. Other cast members of the series include Lee Won-Keun, Shin Hyun-been, Kim Hyun-sook, Shim Wan-Joon, etc. The series ran from April 5 to May 25 of 2017 on KBS2.

What Happens to My Family?-
Number of Seasons: 1
Jeon Chang-Geun directed this award-winning South Korean drama that revolves around a widowed father’s devotion to his own family. Cha Soon-bong has three children among whom Dal-bong is his youngest son, Kang-Jae is his eldest son, and Kang-shim is his daughter.

The children too have their personal struggles to deal with. Kang-shim is determined not to marry ever and spend her life alone after being heartbroken in a relationship. Kang-Jae is a brilliant oncologist but resents his not-so-high origin.