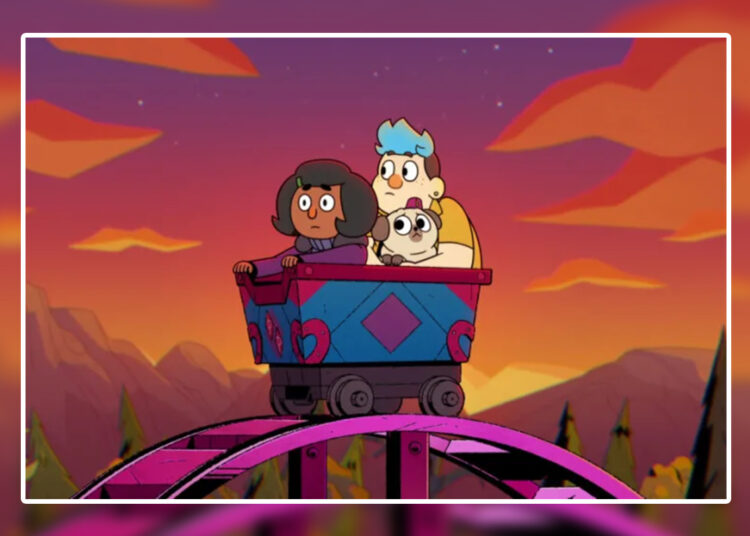 Yes, this new animated series is a British-American fantasy horror comedy based on the novels by Steele and more. In case, that leaves you thinking more about this series. Then here’s what we want you to know about it.

Read ahead to know more about Dead End: Paranormal Park season 1 with its other details.

The show is actually a story from the Hamish Steele novel titled “DeadEndia”. Also, it has little association with the Dead End from Too Cool! Cartoons from Cartoon Hangover. While we can hint about what’s coming up with this series this time on Netflix.

You must first know when to catch up with this series on Netflix. As this series is actually coming on the network on 16th June this summer. The production behind the series is by Blink Industries. Meanwhile, now you can check the other details of the Dead End: Paranormal Park series that’s arriving with its first season.

Cast Update- Who Will In It?

Being an animated series we will have actors giving voiceover to the characters of the series. As such for the voiceover we have this time, Barney who is a teenage trans boy at the haunted house. The voiceover for Barney is done by Zach Barack. Norma is working with Barney. The voiceover for Norma is by Kody Kavitha.

Pugsley is a dog with magical powers who can talk. The voiceover for Pugsley is by Alex Brightman. Courtney, the thousand years old evil. Voiceover gave by Emily Osment.

The series season 1 will follow a story about the theme park haunted house. Where Barney and Norma are working and there stays something creepy that will be the twist and thrill of the story. In fact, the series will show Pugsley and Courtney too who are amazing in their own way.

While there are witches, and zombies around the haunted house too. What’s more creepy there is a thousand years old demon that needs to be fought with. Well, how Norma and Barney do all is the story of Dead End: Paranormal Park season 1.

Is There Any Trailer Out?

Fortunately, we do have a trailer. In fact, the trailer shows the horror-filled storyline of the series as Norma and Barney are working in the haunted house.

But before the series hits Netflix. You can never know what’s more coming up exciting with this horror drama.