Kourtney Kardashian was looking like a bride just a day before her wedding in Italy with Travis Barker! 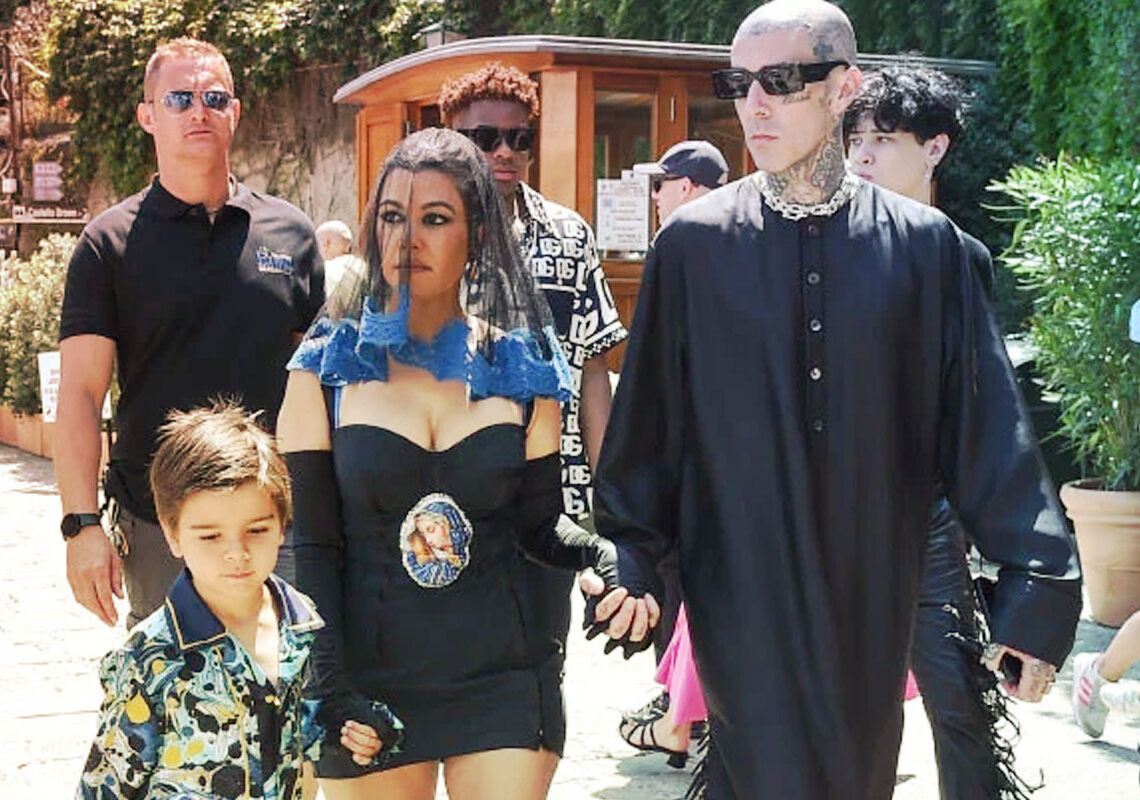 Kourtney Kardashian and Travis Barker are officially married now. Giving a fashionable statement is something that we can learn from a lot of people in Hollywood. It follows most in the terms of models and actors. If you are talking about fashion then we can not forget about the Kardashian sisters who are well known for it.

Kourtney Kardashian is about to marry Travis Barker. The bride was recently seen wearing a black mini dress and also a veil of black color while she was holding her hands of Travis. We know that the couple and whole family are right now in Italy and they are enjoying a lot of time together. It was just a few days ago and we spotted the whole family for the pre-wedding dinner in Italy.

Kourtney Kardashian was spotted in a Black Dress and Veil

Related to the recent appearance of the bride and groom we have seen the 43-year-old Kourtney Kardashian wearing Dolce & Gabbana. Her mini dress has a painted image of Madonna and baby Jesus. It was on 21st May and the place was in Italy. Talking about her black veil that has gotten more attention than it has electric blue laces. She was also seen wearing gloves and black sandal that was simple for her look.

Talking about Travis Barker then we have seen him wearing an oversize reverend. He was wearing a long dress and black pants with leather shoes. He was also wearing a silver necklace and matching his outfit with black sunglasses. We have also seen the 7-year-old son of Kourtney Kardashian, Reign. The Reign and the mother were holding hands with each other and walking down the streets. The baby boy was wearing a blue silk Pajama and a matching shirt.

The couple has already gotten married but since it was not legal so they got legally married on 15 May. The legal marriage was attended by no one from the family but just the grandmother of Kourtney Kardashian and the father of Travis. She was seen in almost a similar kind of mini dress at the occasion which was again designed by Dolce & Gabbana.

The couple and the whole family recently enjoyed a Pre-wedding dinner in Italy. We have seen everyone from the family except Scott who is not going to attend the wedding. He is not ready to attend the wedding as he feels just uncomfortable and still going through the process of accepting the fact that Kourtney has moved into her life.