If you are looking for a watch, which can match with your Realme ecosystem, then this might be a great choice.

by Raaggee Singh
Reading Time: 2 mins read
A A
1 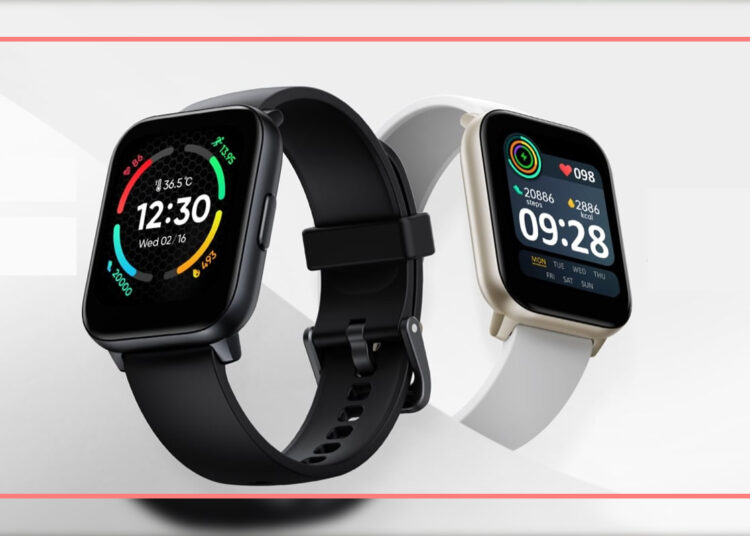 Realme is all set to launch the SZ100, the second generation of smartwatch after the S100. The launch is yet to be on May 18, 2022. The device is expected to price at ₹2,999 (approximately). The company has teased various specifications of the smartwatch on its website.

What Can We Expect From The Smartwatch Realme Watch SZ100?

Design: If we go according to rumors, the watch looks similar to Apple Watch, but the strap of the watch has a funky design on it. The watch is available in two colors, Lake Blue and Magic Grey.

Body: The body of the Realme SZ100 would be carved out of plastic, as most smartwatches at this price range have. The side of the watch has a button to lock/unlock and can also be used to navigate the watch content. The bottom of the watch must contain a heart rate and other sensors to measure steps, body temperature, and other activities.

Display: Realme SZ100 is teased with 1.69 inches colored HD display. The display is curved and the bezels on the display are broad. The display is a touch screen, through which you would be able to toggle through various settings.

Touch response can be judged when the device is in use, but it should be responsive and intuitive to use, for this price range of smartwatch.

Software & Battery: The watch has features like a calendar, reminders, and weather updates. The watch also has a heart rate sensor, SpO2 monitor, and skin temperature. These features were visible in the Realme S100 smartwatch.

The watch has an additional 24 sports modes which include dancing, riding, and running. So it will be able to track all the activities which we are doing. The smartwatch comes with 12-day battery life, claimed by the company, on a single charge.

Final verdict: There are various other smartwatches in this price range and competitors have many other features, which this watch should have too.

Although the company has released very little information about the watch, the price of the watch might be higher than Realme S100.