Johnny Depp's life has coming into spotlight after his divorce with her ex-wife amber and the life of his both kida Lily Rose and Jack are affected. 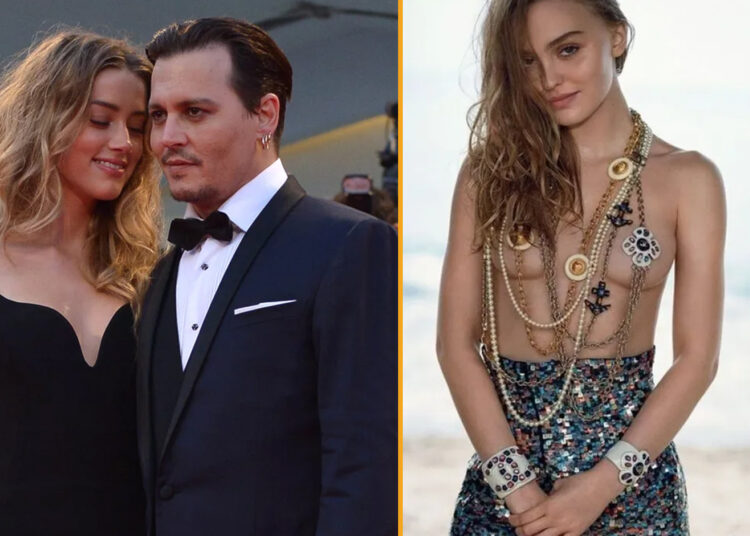 Johnny Depp private life has been forced into the spotlight and publically due to her divorce from her ex-wife Amber Heard. The intense public has said that due to the divorce the life of Johnny and Amber is not only affected but the life of their the children daughter lily rose she is years old and his son jack who is years old the life of these two kids is also very much affected.

Mostly they were not speaking about each other publically, in interviews, or in press conferences but in the interview rarely did lily say that she is following in her father’s footsteps in acting.

She shared an old photo of her with her father and wrote:- “My dad is the sweetest, most loving person I know, he’s been nothing but a wonderful father to my little brother and me, and everyone who knows him would say the same,”.

At the time of the defamation trial of Johnny Depp in April 2022, he said that he wants to clear his records for the sake of her daughter and son Jack. The bond with Lily is very strong with Johnny Depp from starting.

Johnny Depp has said over Amber’s allegations and said:- “Since I knew there was no truth to it whatsoever, I felt it my responsibility to stand up not only for myself in that instance but stand up for my children, who at the time were 14 and 16!”

While focusing on the bond between Johnny Depp and her daughter we have to see that she has not attended his father’s wedding and on this Johnny Depp said “My daughter Lily-Rose did not come to the wedding,” the Pirates of the Caribbean actor said during his court testimony.

“She and Ms. Heard were not on particularly great terms, for several reasons.” It looks like Lily is not happy with her father’s second marriage and she has not attended his wedding.

So by seeing this we can realize that it has affected the life of both the kids in a very major manner. While Amber is alleging Johnny for his drug use she said on the stand:- “I felt protective over Lily-Rose and concerned and naturally they were not my children, it’s not my place and I understand that I know it’s a sensitive subject, so I understand why Johnny got so upset with me!” Johnny and Amber were married from 2015-to 2017.

Johnny has shared his two kids with French beauty Vanessa and he said:- “Whatever she is doing if she needs any advice, I’m there for her. Kids are going to make their own decisions, but I guess that the only thing you can do as a parent is to offer support. And I do.”