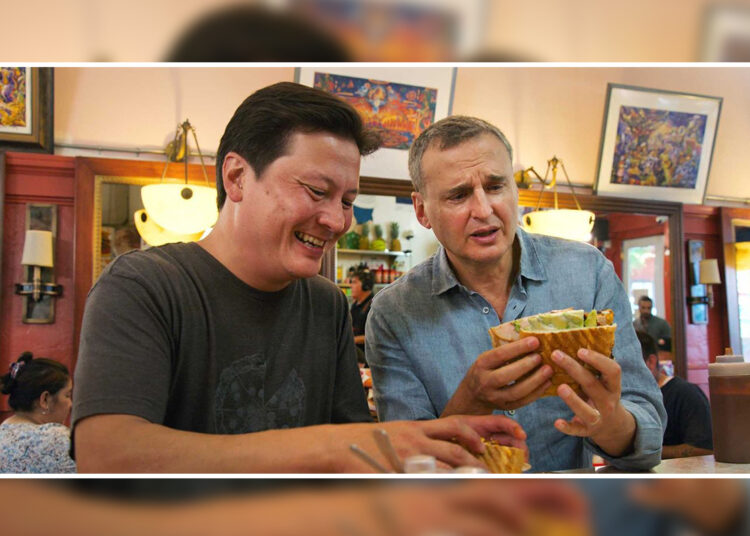 He is best known for creating the long-running popular sitcom ‘Everybody Loves Raymond. After that, he chose to connect with the audience not so much from behind the camera, but on camera. He takes his audience on a goodwill tour of exclusively eating throughout the world.

He visits various cities among which mention should be done of Mexico City, Tel Aviv, New Orleans, Bangkok, etc. His friends and family also join him on this delicious journey.

The show premiered on January 12, 2018, on PBS. But it was later moved to Netflix and when that was done a theme song was added to the opening credit of the show. This theme song is recorded by the popular band called Lake Street Dive. The fifth season of the show is set to air on May 25, 2022.

Now there are some other series too which you will definitely enjoy if you are a fan of delicious foods and like watching shows over them as much as you like eating them.

Must Watch Series Before Somebody Feed Phil Season 5:

Street Food-
Number of Seasons: 2
David Gelb and Brian McGinn created this American documentary series that navigates the attainable and at the same time enigmatic world of street food. It features the street food chefs as they talk about their history all the while showing us their way of preparing food and delivering them as per the high demand of common people.

Thus the show makes us understand how influential the availability of street food actually is. The show combines many archival footages and interviews.

Fresh Fried and Crispy –
Number of Seasons: 1
This American food reality tv series presents some smoking hot dishes before us through the screen of the device but all the while informing us about the right place to go to have that awaited bite of those freshly fried foods. Daym Drops hosts the show.

YouTube personality and famous food critic Daym Drops is intensely passionate, curious, and wise about food. So, it is undoubtedly a real treat to have this journey with him. The series premiered on June 9, 2021, and can be seen on Netflix.

The Chef Show-
Number of Seasons: 2
Jon Favreau created and directed this American cooking TV show that features Jon Favreau along with chef Roy Choi. The two of them invite guests to the show and deliver some delicious episodes.

The inspiration for the show stems from the days when Favreau had been training under the guidance of chef Choi for the preparation of the movie ‘Chef’ released in 2014.

SALT FAT ACID HEAT-
Number of Seasons: 1
Caroline Suh directed this American cooking documentary series that is inspired by the award-winning book written by Samin Nosrat- ‘Salt Fat Acid Heat’. The primary objective of the series is to explore and identify the basic elements of cooking and understand what actually makes cooking delicious be it elements or techniques or love for the culinary world.

Nosrat’s own culinary journey began in Berkeley’s Chez Panisse where she takes us with her in the series to delve into these objectives. Other places that she travels to are home kitchens in Italy, Yucatán, Japan’s southern islands, etc. The show premiered on October 11, 2018, on Netflix.

Chef’s Table BBQ-
Number of Seasons: 1
This American cooking documentary series is a treat for the eyes who are most peculiar and strong in their taste buds. A treat for the eyes because the audience has to be content by only watching the juice dripping on the barbeque here. This is a critically acclaimed series that digs into the smoky den of grilled and barbeque foods.

A lot of pitmasters and chefs are welcomed and featured in the show. Among them, mention should be done of Tootsie Tomantez, Rodney Scott, Lennox Hastie, Rosalia Chay Chuc, etc. The series premiered on September 2, 2020, on Netflix.