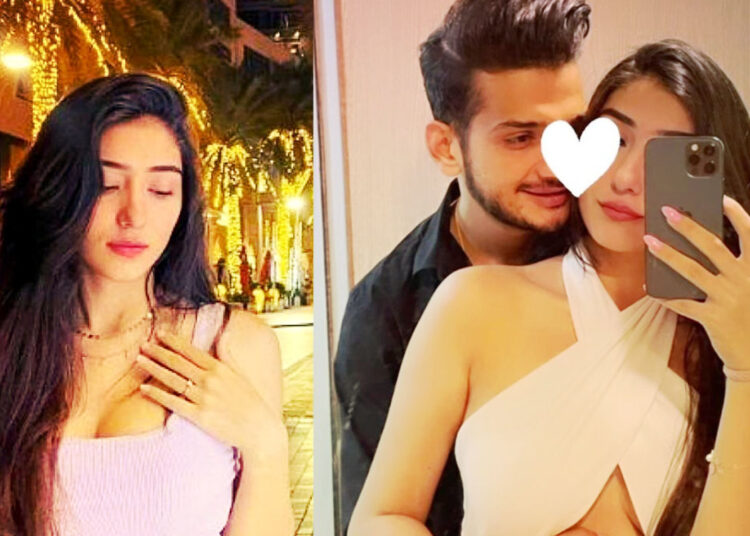 Munawar Faruqui is again trending in the headlines not just for his recent win. But for something else too. Looks like something has caught everyone’s attention.

On Sunday, the Lock Upp Winner took to his Instagram to share a romantic picture with an unknown woman. In addition, he decided to keep her identity a secret, hiding her face with a heart sticker.

Just like wildfire, the picture went viral on the internet. Although, several fans are excited about the big reveal. Going gaga over his mushy picture.

Although, Munawar Faruqui did leave many hints about his girlfriend during the Lock Upp.The comedian also took to his social media to post a lovely picture with his ‘bubby’. Although, hiding her face with an emoji and deciding not to reveal it.

Following Munawar’s social media post, fans got into the guessing game. And, we have found out the mystery lady. Assuring you that it is none other than Nazila, a former YouTuber.

Nazila formerly known as Nazilx gained fame through TikTok and Instagram. In addition, back in 2020, started her own YouTube channel.

Mandana also, took to Instagram to share another picture of the couple. She captioned the photo of Munawar and Nazila as: “And the winner along with his sweetheart.

During an Instagram story shared by Shivam Sharma. While the comedian opted to keep it casual in a black shirt and denim. Nazila stole the show, looking gorgeous in a white short dress.

Interestingly, the event was held on the eve of Nazila’s 20th birthday. And Munawar was spotted every effort possible to make her feel special.

Although, Munawar and Nazila haven’t revealed about them officially. So we don’t know much about the couple. Going as far as even discussing his initial struggles.

Claiming that, Nazila had stood by his side even during his controversial phase. The comedian met with controversy during in if his shows. Which ended up in him being jailed for allegedly “insulting Hindu gods and goddesses”.  In addition, Munawar is also currently going through a divorce case pending.

So far, Munawar has not made any announcement regarding the same.

Also Read: Lock Upp Grand Finale: Will it be Payal or Munawar?