Cillian Murphy Was Seen In An Unrecognisable Avatar While Shooting

Peaky Blinders famed Cillian Murphy was seen shooting for new movie, was Unrecognisable in his character!! 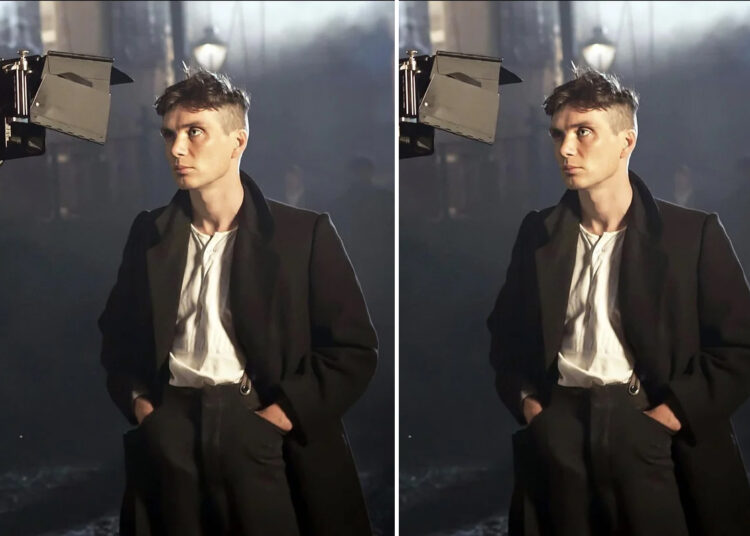 Cillian Murphy Update: We like some actors in a certain role and that is the reason why we don’t want to accept that actor in different characters. It happens not just for any individual but for all kinds of people.

The same also happens with our celebrities who are so much blended into One character and suddenly they have to change into another one for another movie or series. Sometimes they seem to be almost equal to their previous characters but sometimes they look totally different and unrecognizable.

Recently something like this happened with Peaky Blinders famous Cillian Murphy whom we were not able to recognize as he works in the new film.

We have always known Cillian Murphy as Thomas Shelby from Peaky Blinders. Recently the actor was seen shooting for a scene from his film called Oppenheimer. He was unrecognizable while shooting for this film. We have already seen the 45-year-old actor working for many movies and series.

Cillian Murphy Was Seen In An Unrecognisable Avatar

The famous one was his series called Peaky Blinders. Now, since the series has ended so Cilian Murphy started focusing on an upcoming movie.

It was from the set of Oppenheimer when we spotted the actor. Cillian Murphy was acting for the character called Robert who is a physicist in this movie. We have seen him walking around the set while he was wearing a charcoal suit of grey color.

He was also wearing high waist trousers while shooting for this movie. There were a lot of pictures that came and these were obtained by Daily Mail. He was seen wearing a light blue button-down shirt with a dark red tie. His hair was waving in the air and it was brown.

It was not only Cillian Murphy whom we have spotted but also some other big stars including Casey Affleck. The actor is known for his roles in Manchester by the sea and also for Goodwill hunting. He was also seen wearing a military uniform outfit that was matching with his brown shirt as well as tie.

If we talk about the movie by Cillian Murphy that is Oppenheimer then it is directed by Christopher Nolan. It also stars actors like Robert Downey Junior with Emily Blunt. The series is based on a 2006 book which is written by Kai Bird and Martin J. Sherwin.

The series is related to the character Robert and his Triumph and tragedy. He develops an atomic bomb. If we talk about the release of this movie then it is going to release on 21st June almost more than a year to go.