Rihanna Was Seen Kissing A$AP Rocky In Barbados Days After His Arrest!

The singer Rihanna was seen Lip-Locking her boyfriend A$AP Rocky after 3 days of his arrest! 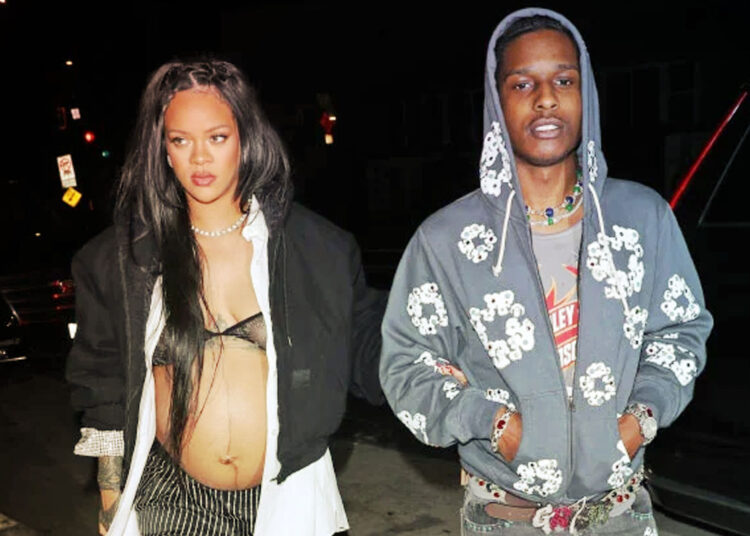 Rihanna and A$AP Rocky were spotted in Barbados. Love really does not need any kind of excuses while we are expressing it. Some examples can be seen through the life of our celebrities who are very open related to their love life. They always try to make time and they always try to manage their schedule according to their life.

The same was seen with the singer Rihanna who was recently seen kissing her boyfriend A$AP Rocky just some days after the shocking arrest.

Rihanna who is right now pregnant and she is enjoying her time in Barbados with her boyfriend was seen kissing him. It has shared just some days before the arrest of A$AP Rocky.

The couple never care about other things but their love for each other and that is the reason why they were seen a lot of time in Barbados after getting surrounded by breakup rumors. They are there to celebrate the coming baby in their hometown of Rihanna.

It was on 17th April that the picture was taken but it got released after some days. Rihanna was seen wearing a bikini top that was matched with multi colors skirt. She was seen kissing A$AP Rocky while visiting a local coconut shop. The couple is expecting the birth of a baby really very soon and that is the reason why they are looking very happy.

The arrest of A$AP Rocky was quite shocking for all the parties involved. While on the other hand Rihanna was focusing trying to be calm because it was the last phase of her pregnancy. According to some sources, it was said that Rihanna did not know what to feel and whatnot.

She was completely shocked when she got to know about this news. She never thought that something like this would come while she is pregnant. She was not expecting anything to go down like this.

While Rihanna was keeping herself positive and happy, she was aware of the fact that everything will be okay. A$AP Rocky was arrested when he Touch Down in the states after his vacation. He had to pay $550000 in bail. His photograph leaving the headquarters became viral. He left the headquarters of police in his black SUV.