Rihanna was seen enjoying time in Barbados, after some days of cheating rumors. A$AP Rocky was seen doing Jet ski, while Rihanna was checking on him! 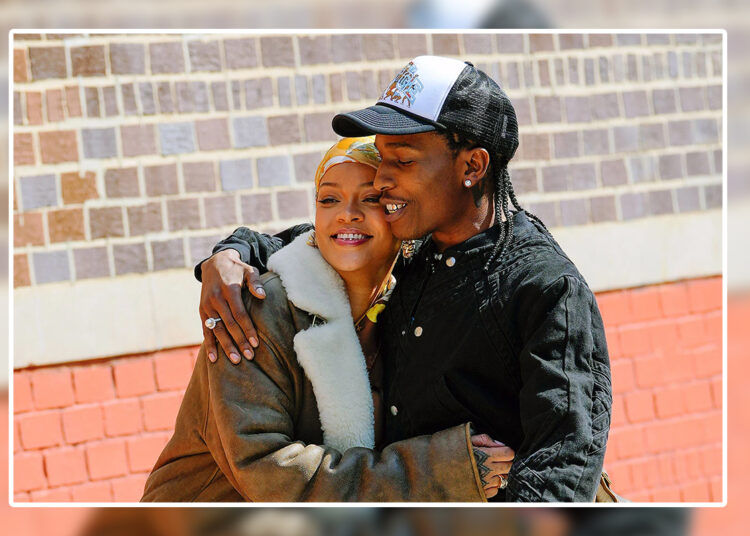 Rihanna Update: The life of celebrities is not as easy as we can think. If we talk about the celebrities of Hollywood then we are familiar that how they get surrounded by a lot of rumours and how these rumours affect their life. But at the same time, they’re very much familiar with how to handle this situation or ignore them.

We have seen a lot of such celebrities doing so and at the same time, they are also taking care of their relationship and their family making. The same happened with the singer Rihanna who was recently surrounded by the rumours of break up with her boyfriend.

The singer has shut down all these rumours by giving back to back public appearances with her boyfriend A$AP Rocky.

Rihanna who is right now pregnant with a baby of A$AP Rocky has recently given an appearance with him. Right now the singer is on vacation in Barbados as they are preparing to become a new parent.

When it comes to their Maternity look Rihanna then she has always shown her best look and her baby bump. That is the reason why a lot of women who are pregnant have started following the singer.

Some days after getting surrounded by the breakup rumours, Rihanna has given appearance with A$AP Rocky. The singer was seen in Caribbean sand as they are totally ready to welcome the first baby. The couple was seen having a fun time together on the vacation in the island hometown of Barbados

While her boyfriend was enjoying the waves on a Jet Ski while the singer was enjoying her time at the beach watching the rapper.

Rihanna was seen wearing a red bikini which was totally looking beautiful at her. She was not there all alone with the rapper but also with friends and family. She was continuously checking on A$AP Rocky with binoculars while he was enjoying sometimes at the Waves. She was just making sure whether he was ok or not. By the look of Rihanna, we can say that she was impressed by the ocean riding skills of A$AP Rocky.

Recently the couple got surrounded by some rumours related to cheating. The rumour started when a shoe designer Amina said A$AP Rocky have cheated on the singer and that is the reason why they are heading towards breaking up. Amina then, later on, took to her Instagram and has to apologize for this reckless behaviour.

When it comes to the reaction of Rihanna and their boyfriend then it seems like they both lly ignored it. They just want to focus on their baby and their love life.