Kylie Jenner Shared Another Glimpse Of Her New Born Son, While Enjoying Easter!!

Kylie Jenner was seen enjoying some time with family and has given us a glimpse of her baby boy. 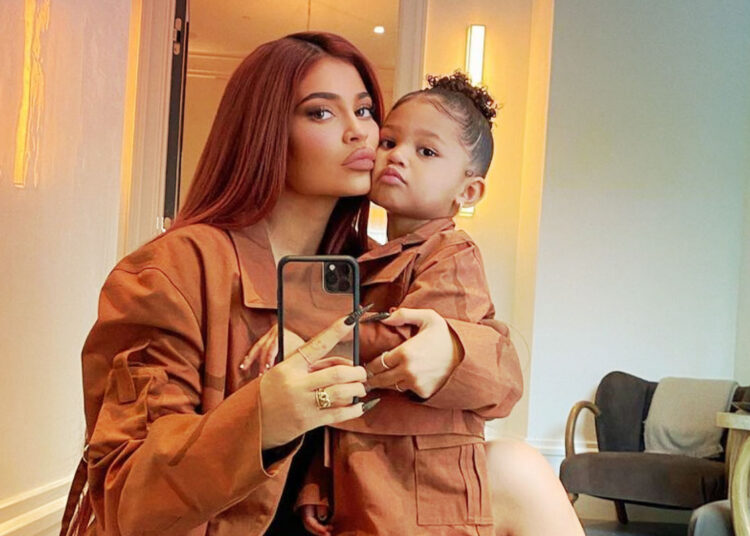 Kylie Jenner shares one more photo of her newborn son Wolf Webster. Now day celebrities want to keep their life very private and away from all kinds of social tantrums. That is the reason why they try to hide not just their lives but also the glimpses of their children and their love life.

We have seen a lot of celebrities in Hollywood who are very much conscious as well as secure related to what to show and what not to show to fans and media. That is the reason why they give some kind of glimpse of their personal life but not as a whole. Among them is a famous model and businesswoman Kylie Jenner who tries to keep her private life quite personal.

Kylie Jenner who is also a mother of two children is very much conscious and secure about her children. She is very careful about the media images, not just of herself but also of children. She has recently given birth to a son in February 2022. The name of the son is not yet decided but we can hear it somewhere soon. She has just given a glimpse of her son recently while enjoying her Easter.

Kylie Jenner has once again shared a little glimpse of her baby boy. Like the previous time, she has only shown just a little bit of her baby boy whose name is yet to be decided. She has uploaded some pictures on an Instagram post as well as Instagram stories. In one of the pictures, we can see the father of the baby was holding a baby in his hand.

Kylie Jenner uploaded these pictures on 17 April. She has celebrated Easter with her whole family including the children of her sisters. She has shown some videos in which we can see that there were some eggs made of chocolate and on each chocolate egg, the name of the children was written like that of a True, Dream, Chicago, Stormi. We have also seen some candy machines which were there for children.

Kylie Jenner has also shown off some decorations on the table that were also having some places for newly married couple Travis and Kourtney Kardashian. She has also uploaded a picture of her daughter and herself. Kylie Jenner was seen wearing a blue one-piece dress.

While on the other hand, we have seen her daughter wearing a pink dress. We have also seen that the bucket of Easter was quite decorative and her daughter was collecting all eggs in it.