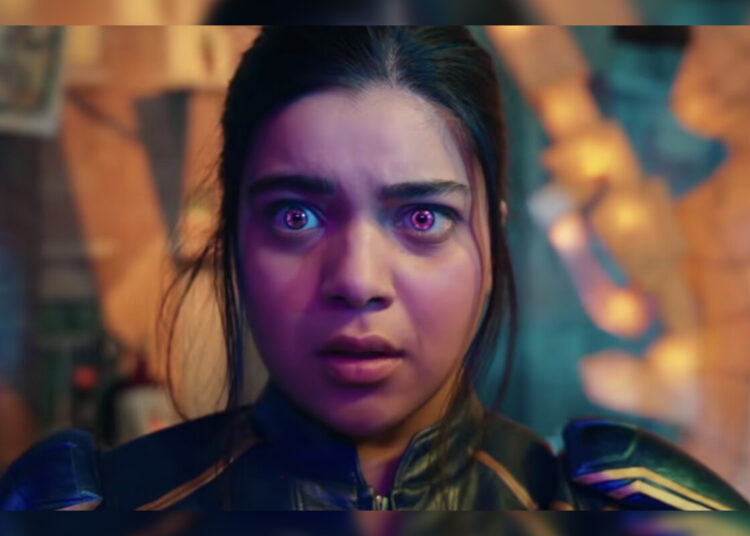 Ms. Marvel Update: There was a time when Disney only featured characters that are limited to a specific region or specific complexion. And it is no secret that it used to be white. The most prominent example of this can be found if we look through the list of Disney princesses. Only recently we find Moana, Tiana securing a place among Cinderella and Rapunzel.

This same revolution has come in the Marvel cinematic universe too which has not long teamed up with Disney+. Before Black Panther, there was no trace of a nonwhite superhero in Marvel’s vast expansion of the superhuman world.

Black Panther aka T’Challa, played by Chadwick Biarkan, for the first time in MCU acquired his own story to represent the Black community and Africa. Now to the list of Marvel’s nonwhite superheroes joins a new name- Ms. Marvel.

The title of Ms. Marvel was previously held by Carol Danvers from her first debut in 1976 till in 2012 when she became Captain Marvel. After the former Ms. Marvel acquires her captaincy, a new teenage girl earned the title of Ms. Marvel- Kamala Khan. This beloved character from Marvel comics is a Pakistani American girl belonging to the Muslim religion.

But the most significant aspect of this new superhero of MCU is that Ms. Marvel aka Kamala Khan is the first-ever Muslim hero getting featured. This is surely proof of the progress that Disney+ MCU is having in terms of liberalness.

The source of their superhuman power Kamala is a latent Inhuman DNA which makes her inherit shapeshifting power. In 2020 in a Disney+ sizzle reel we first caught a glimpse of the new superhero making her debut. But now we have the full trailer to anticipate a lot more from this teen superhuman girl. Bisha K. Ali has created this American miniseries ‘Ms. Marvel is about the titular character.

The Full Synopsis Of The Series Ms. Marvel

Kamala Khan grows up in Jersey City as a voracious superhero fan and fan-fiction scribe along with being an avid gamer. Her imagination touches the sky when it comes to superheroes and even beyond that in the case of Captain Marvel. Kamala often feels she does not fit in with the life she is leading. But one day she discovers her superpower which takes her to the same foot as the superheroes whom she has always revered.

The ministerie is based on the comic book ‘Ms. Marvel is written by Gerry Conway and John Buscema. After releasing the series is going to be the seventh among the television series of the Marvel Cinematic Universe. The shooting of the show mostly occurred in Atlanta of Georgia, New Jersey, and Thailand.

Other cast members of the series are Aramis Knight who will be playing the role of Kareem aka Red Dagger, Saagar Shaikh starring as Kamala’s older brother Amir Khan, Rish Shah playing Kamala’s crush, Zenobia Shroff as the mother of Kamala,

‘Ms. Marvel is set to release on June 8, 2022, on Disney+ with six episodes. The series is part of Phase Four of the Marvel Cinematic Universe. ‘The Marvels’, the upcoming American Superhero film that is set to release in February of 2023 will use this series as a setup.