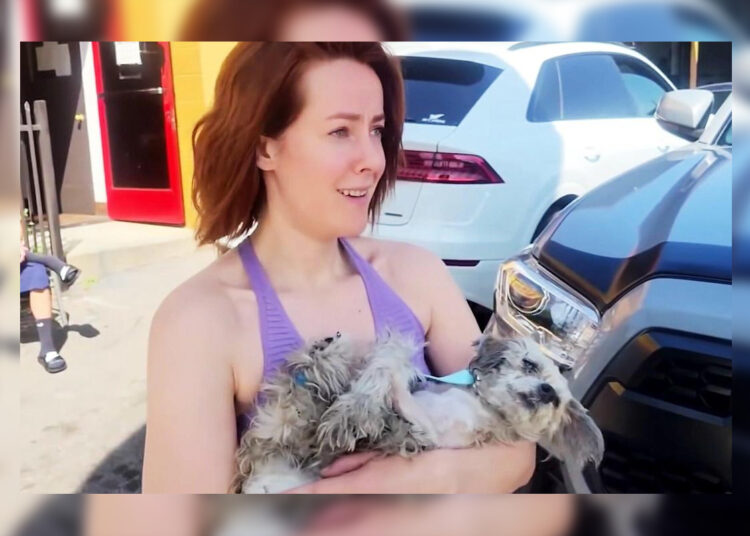 Jena Malon Update: Humanity exists not just in kindness towards humans but also towards animals. A lot of animal abuse and animal harassment is going on and nobody is talking about it. But some celebrities in Hollywood do care about animals and their rights. We see how people hurt animals and how they abuse them badly. If we talk of any celebrity who has a human nature towards animals then we should think about actress Jena Malone.

Jena Malone is an actress who is famously known for her role in The Hunger Games. It is not just her character being bad but also herself is bad as when we got to know that she chased a dog abuser.

Recently the actress of the Hunger Games has chased the dog abuser in Los Angeles. We know this American actress from a lot of roles and a lot of kindness towards not just humans but also animals.

Jena Malone has shared all these things on her Twitter account where she said that she was the witness when a man was kicking as well as strangling a dog. When she saw that man’s strangling the dog she yelled at him. She went out of her car so that she can get the injured dog to a safe place.

She also revealed how she witnessed a bunch of men coming toward the animal abuser and then managed to take that abuser down. She waited there for the cops with dogs.

She took the dog to the hospital. The actress even tried to get in touch with the owner of the dog but it was not possible due for some reason.

In the words of Jena Malone, she started “chasing him”. She further added, ” I saw other people watching on the street upset, as they have seen the same abhorrent behavior I witnessed.” So that is why the actress tried to signal a man who was in an orange vest to go with the actress and chase the man.

The actress even thought that she won’t be able to get the dog back to life. When she chased him down then she saw there were other Five men behind her pursuing the abuser. For the actress, it feels like a miracle.

The actress has reported the injured dog who went through a fractured rib and also broken bones. The abuser is arrested by LAPD under animal cruelty.