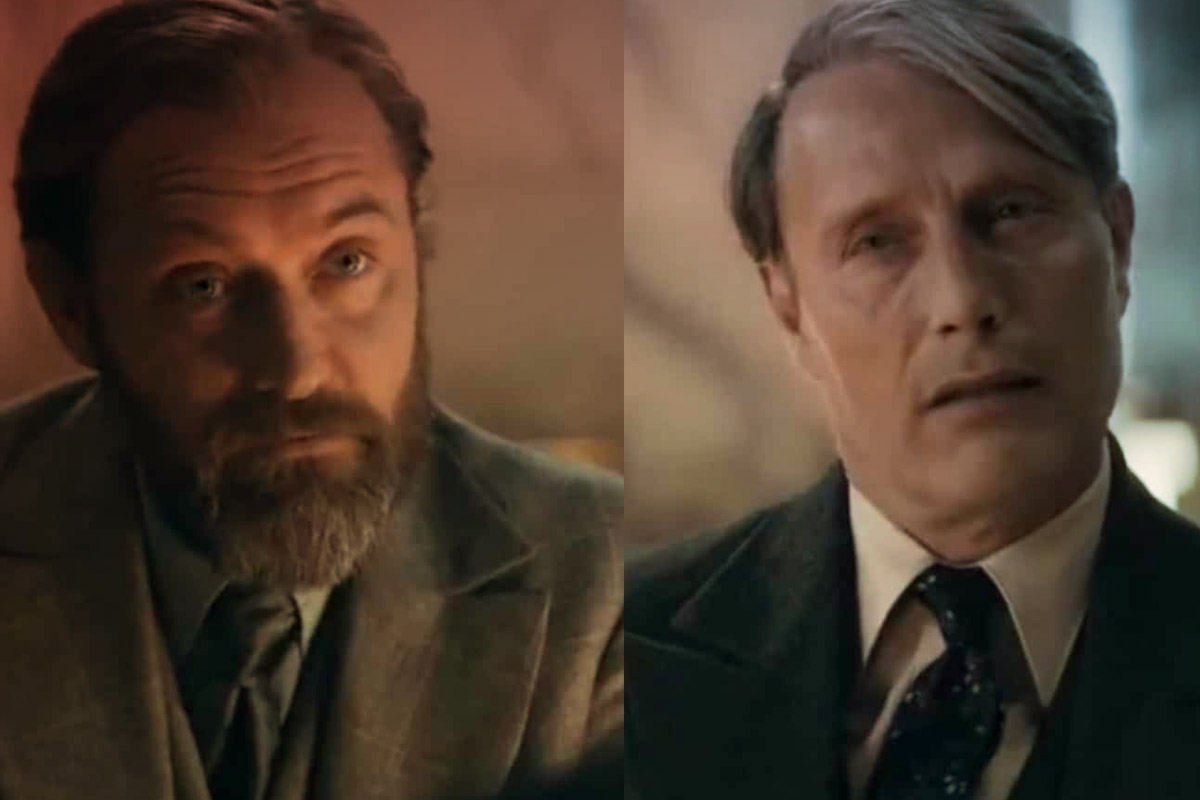 Fantastic Beasts 3 Updates: Inspired by Harry Potter, Fantastic Beasts, and about its three,’ we are sailing off some details. TV points out Dumbledore’s great love for Grindelwald.

Fantastic Beasts 3: The Secrets of   Dumbledore is less than a few weeks away but the latest TV spot for the film has confirmed one of its biggest story arcs: Dumbledore’s love for Grindelwald.

The clip, which is getting fame on social platforms these days, shows the two wizards having a conversation in a restaurant, talking about the pact the two of them made when they were younger, it was Mysterious for the fans.

What was more intriguing than it was the blood pact.

Rounding the whole clip, we saw Grindelwald’s warning to Dumbledore that he might not be able to stop him and raise a question to the Hogwarts professor if he has any intentions to turn his back on his own type.

Dumbledore, then not able to hold back, says to him that “because I was in love with you”.

All About Fantastic Beasts 3

Back in the year 2007, Harry Potter author JK Rowling has announced to the fans about Albus Dumbledore’s sexuality in the movie series that he was gay and has true affection towards Gellert Grindelwald, Voldemort’s predecessor.

In the year 2019, the bond between the two wizards was emphasized in the dialogue delivery of Fantastic Beast: The Crimes of Grindelwald, Where it was finally mentioned that the pair had an “intense and passionate relationship”.

The Secrets of Dumbledore is the third part of the total fifth installments of the Fantastic Beasts by JK Rowling, who has written the prequel series of the Harry Potter series.

Jude Law is playing the future headmaster, with Mads Mikkelsen playing the role of Grindelwald, the first choice was Johnny Depp, some issues arise and he is replaced.

The Secrets of Dumbledore movie series will be released in theatres on April 15.