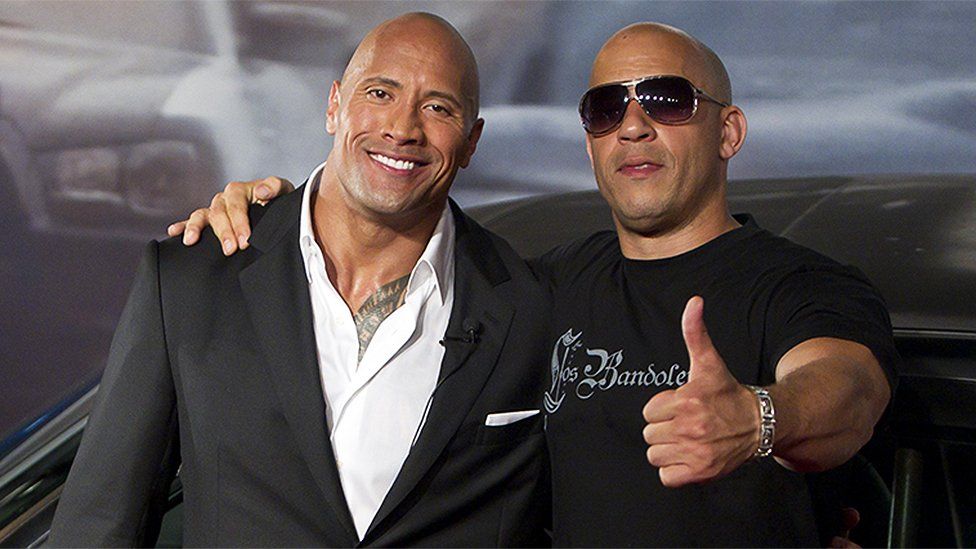 Diesel resorted to social media on Sunday to send The Rock a message as the action film series concludes.

Diesel says to Johnson that he wishes he fulfills his “destiny” by sharing a selfie of their roles, Dominic Toretto and Luke Hobbs.

Diesel referred to Johnson as “little brother” and has asked to come back to finish the series. He writes in his post that the world is waiting for F10 which is the finale of the Fast & Furious series.

Diesel then continues how his children call him Uncle Dwayne and how a holiday does not pass by where he does not forget to send any good wishes.

But he also mentions that the legacy of the series awaits and that he is going to fulfill his promise to Pablo. He also writes that he is manifesting the best for the finale of Fast & Furious that is F10.

He further says that he is penning this post down out of love and wishes that Johnson does not leave this series idle, for none can replace the character of Hobbs.

Diesel and Johnson previously starred together in 2017’s The Fate of the Furious, but perhaps had some differences.

The alleged on-set turmoil became public in 2016 after Johnson labeled a handful of his male Fast & Furious co-stars “candy a**es” and “unprofessional” on Instagram, which fans soon assumed was Diesel.

Vin Diesel  And Johnson  Both Are Doing Fun In Movies

Diesel and Johnson undoubtedly argued on-site during the shooting, a source revealed at the time.

In a recent interview with Vanity Fair, Johnson regretted speaking about it, citing that it was not his best day to share it.

He said that he should not have shared it as at the end of the day, it goes against his morals. Johnson made it clear that he does not share things like that. He also takes care to keep such “bulls**t” away from the people.

Johnson believes that people do not need to know all of that. And due to this, he said that it was not his best day sharing it. He clarifies that he meant what he said for sure and that he says what he says.

But publicly expressing it was not the most intelligent thing to do.

Johnson also revealed that he met with Diesel to sort things out. Although Johnson is not willing to call it a peaceful meeting, he rather refers to it as a “clarity meeting.”

Johnson revealed that he and Diesel had a wonderful conversation in his trailer.

But it was during this dialogue exchange that it became evident that they were on opposite poles. And they agreed to leave it at that.

Two more movies of the Fast and Furious series are yet to release. Diesel previously said that the last two movies in the famous saga, F10, and F11, will not disappoint fans.

Paul Walker Daughter Meadow Gets Married, Vin Diesel Walks Her Down The Aisle

SCARLETT JOHANSSON Surprising To Enter In Cast Of ‘SHANG-CHI’
Reese Witherspoon Admits She Enjoys Being Mistaken As Her Daughter Ava: I ‘Feel Young’
Comment