Vin Diesel a.k.a Dominic Toretto of one of the biggest action universe of the Hollywood, Fast & Furious, has released his official look for Fast X. 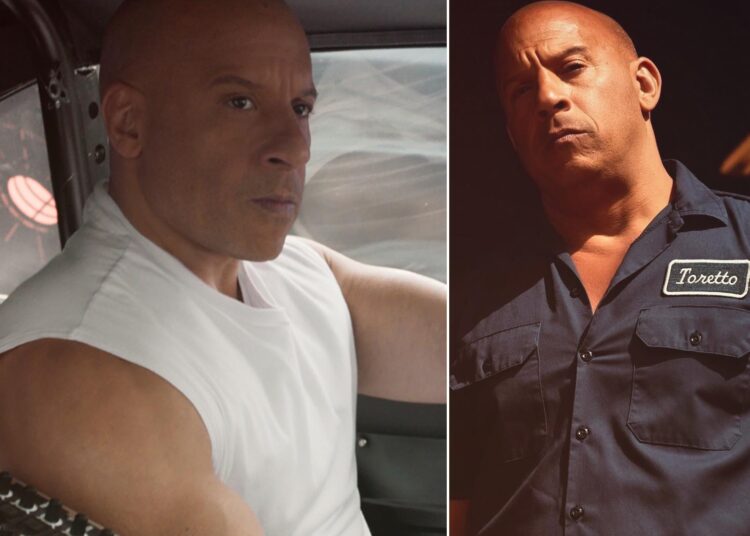 The “Fast & Furious” franchise is all set to arrive at its end. Fast X, which will be the last-second movie of the universe, is all set to release. And Vin Diesel aka “Dominic Toretto” has shared an official look with his fans.

Vin Diesel aka Dominic Toretto Is Back with his Gang

The “Fast & Furious” universe is termed to be one of the most action-packed in Hollywood. With cars running with nitrous and one human going behind the life of another human, the world of Dominic Toretto is jam-packed.

The success of “Fast & Furious 9” has set a benchmark for the last two movies of the franchise. Fast X is all set to release its trailer in February and the leader of the F&F gang, Vin Diesel has shared the first look of Dominic Toretto.

Also Read: Why Nicolas Cage Is Not Returning for Spider-Man Across the Spider-Verse?

In the Instagram post officially shared by Vin Diesel, Dominic Toretto is in his bald gangster look. He’s wearing a mechanic shirt with “Toretto” written on it.

For the caption, Vin has written “Trailer launch next month.” He is surely increasing the tease around the 10th part of the “Fast & Furious.”

Talking about the plot of the upcoming “Fast & Furious” movie, very little has been officially rolled by the team. One thing we can be sure about is that there will be cars, cars, and lots of cars. Apart from this, chaotic stunts and quite a few explosions will be waiting for the fans of the biggest universe of cars.

For the cast, a few big names will be coming to join forces or fight with Toretto’s gangland. The biggest names among the new cast are Captain Marvel a.k.a Brie Larson and Aquaman a.k.a Jason Momoa. Along with these two, Daniela Melchoir (The Suicide Squad) and Alan Ritchson (Titans) will also be seen in Fast X.

According to rumors, Gal Gadot will also make a comeback as her character Gisele Yashar despite the character’s death in Fast & Furious 6.

Earlier, Justin Lin was directing Fast X but after his departure because of “creative differences” as described by Lin himself. The team wasted no time in hiring Louis Leterrier (The Incredible Hulk) to go with the production.