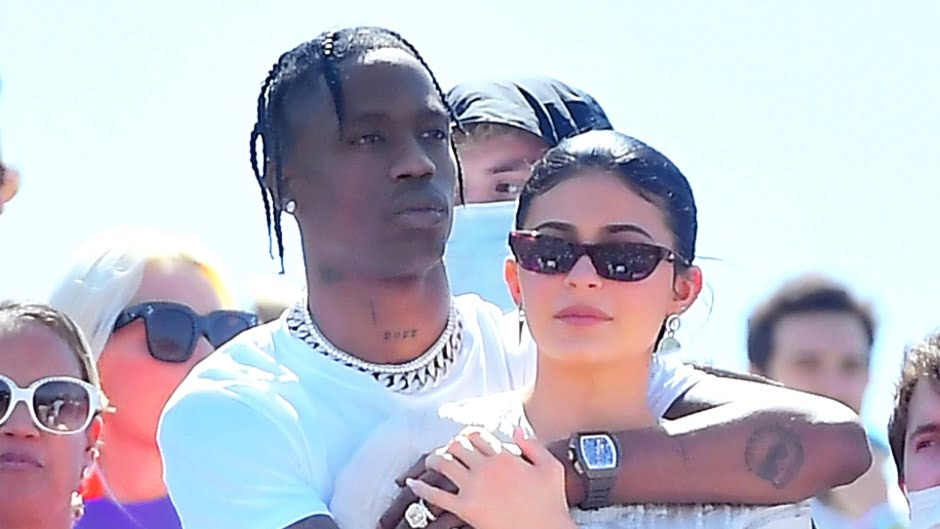 Kylie Jenner Updates: Holidays with family are always nice and the best mode for relaxation.

American rapper Travis Scott(30) and American model Kylie Jenner (24) have planed to enjoy some time resting and relaxing for their forthcoming holidays with their daughter Stormi(3) as the duo awaits their second child.

Exclusively a source had told to HollywoodLife that the rapper has some shows to be arranged for this month but as soon as he completes them he would have had ample time to relax and enjoy the holidays with Kylie and daughter Stormi.

Kylie Jenner has also so much more planned for the upcoming Thanksgiving but it seems to be not disclosed as she wants to keep it all a secret; she would be planning all this besides the time she is spending for holidays.

The source spoke to HollywoodLife and said, “Kylie has a few ideas in terms of what she wants to prepare for Thanksgiving because she loves cooking, but she’s not saying anything to anybody because she wants to keep it a surprise but Kylie and Travis are planning on spending the holidays together and looking forward to just enjoy some time for themselves.”

his girlfriend and daughter a matching set of double diamond rings on the 2nd November, Tuesday, and Kylie posted on social media, Instagram to show her and he daughter new gifts. The pair also had a seemingly pretty busy Halloween season to close out October.

Kylie took to her Instagram to show off the family’s costumes, where she was a classic black cat, Stormi was a cute mermaid, and Travis sported the infamous Michael Myers Halloween mask.

With the second baby on the way, Travis has been incredibly supportive of Kylie, and he’s offered help wherever he can. A source close told HollywoodLife that he “wants to be looped in through every step of this process,” and regularly asks Kylie’s doctors questions.

“He’s been a rock for Kylie and they can’t wait to bring another child into this world,” the source said.