Lil Wayne Updates: Recently Nicki Minaj’s son Simba turned one on September 30th and he got surprised when Lil Wayne sent him a gift on his first birthday. We got this news from the Instagram story of Nicki Minaj and tagging Lil Wayne on the story. With a caption ‘I just opened these bags and was shockingly surprised. This is a lot of stuff OMG’.

Lil Wayne and Nicki Minaj are both close to each other because they both are rappers by profession. The story was a video and in which she also sounded quite surprised and she was saying all this to someone nearby to her.

Birthday was set on the theme of the famous movie Kung-Fu Panda. The whole birthday cake, cupcakes, and everything that was was designed on this theme was looking cute just like Simba. She also shared his photo of who was dressed according to the theme . In the photo, Nicki Minaj and his husband Kenneth Petty was posing with Simba.

She posted all those photos of her birthday and she referred to her father as ‘Papa Bear’ and then he again thanks Lil Wayne for mentioning him as Uncle. And said that it was quite interesting to shoot the video which gave us the little announcement of both of them.

This upcoming video might be their upcoming music video which they might reveal in a while through their social media handles. Fans got excited after seeing those stories and getting this little surprise in the end. Simba’s birthday was good for him and also fans of Nicki and Lil Wayne.

Their friendship is well known among both of the fans because of their similar genre of singing and multiple collab projects which took place in the past.

Both of them keep tagging each other in posts and stories and having fun digital and in real also. We are happy to see their good friendship and their new music. We will also keep you updated about their new music video 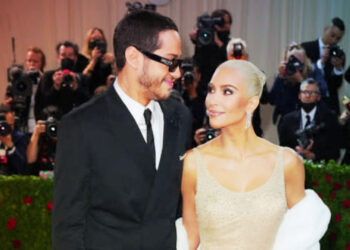