At an unspecified time in 2022, to allow the co-developers Daedalic Entertainment and Nacon to “live up to the expectations of the fans” according to their words. At least the fans are now seeing what their patience has given them.

“Lord of the Rings: Gulum” will be different from most other Tolkien-based games released in the past two decades. According to Peter Jackson’s Cult Trilogy, most games based on the Ring of the Rings are sequels. Specific games.

From Lego toys to the more mature “Shadow of Mordor” series, Jackson’s understanding of Tolkien’s myth is deeply rooted in popular culture and has become the decisive style for all occasions. Before the Jackson era, he inherited the tradition, and now players can better understand what this means.

Lord of the Rings: Gollum Other Details:

Daedalic Entertainment has released a YouTube trailer that shows some game elements that players can expect from “Lord of the Rings: Gulum”.

As expected, many of the mechanisms introduced in this short preview seem to highlight the protagonist’s invisibility. I had the opportunity to see Daedalic’s explanation of many creatures in the Tolkien myth that Gollum encountered during his journey.

The aesthetic isn’t the only thing that feels different for Lord of the Rings: Gollum than it does for other Middle-earth games. Most of the Tolkien-based titles since the Jackson trilogy was released have been heavily action-oriented, with an emphasis on combat and the occasional RPG.

While there are likely some of these elements in The Lord of the Rings: Gollum, it seems like it isn’t the focus of the game like so many other entries under IP.

Influenced by Peter Jackson’s trilogy, “Lord of the Rings” sometimes makes you forget that Middle-earth existed long before it appeared on the screen.

Tolkien’s work is no different from any other literary work and can be interpreted in different ways through adaptors. As the film trilogy grows older, more Middle-earth likely adapted films will deviate from Jackson’s overall aesthetics, like “Lord of the Rings”: Gulum. 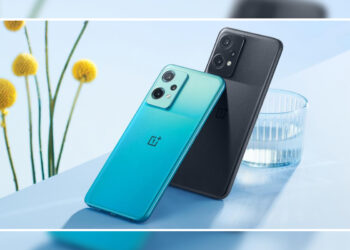