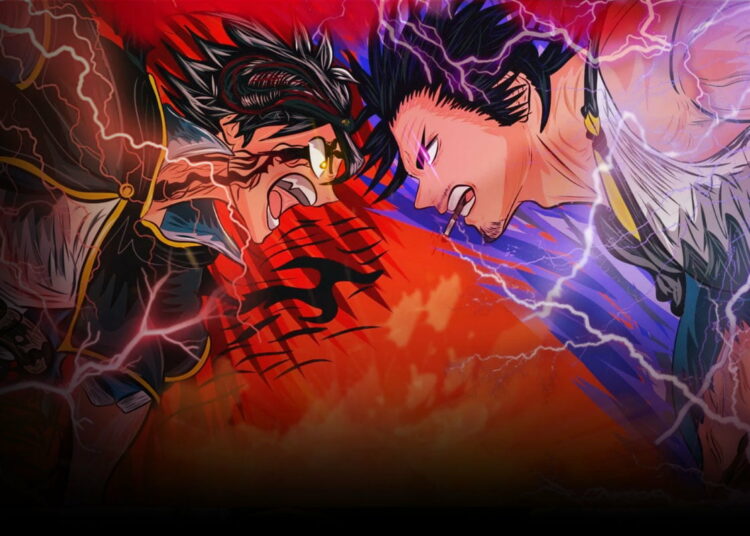 Black Clover Chapter 279 Update: Arguably one of the most popular Manga’s out there is Black Clover. Written and illustrated by Yūki Tabata, the Manga has won the hearts of people worldwide.

It is published by Shueisha Inc. in Japanese and by Viz Media in English. The Manga is so popular that, even after more than two hundred and fifty chapters, people are still hooked.

The creators of the Manga, are ready to publish the new chapter, chapter 279 on  January 24, 2021. Before the release of the Manga, the raw scans were released. It was because of this that the internet was filled with spoilers for the upcoming chapter.

In the Manga, we come across Asta and Yuno. Both of them are raised at an orphanage in Hage village. They are opposites in the sense that Asta is one of the only few people without the ability to utilize Mana in the form of Magical Power.

On the other hand, Yuno is considered to be a prodigy who might become the next Wizard King. When Asta somehow gets the mysterious five-leaf grimoire, he joins a Magic Knight squad along with Yuno. Throughout the series, we see both the characters go on adventures in the Clover Kingdom.

In the last chapter i.e, chapter 278, we saw Dante and Jack fight. It was one of the most beautifully illustrated fight scenes in the Manga. Due to their magical abilities, it was an interesting fight to read about. Yuno was seen fighting Xenon and Charlotte was fighting Vanessa.

When the raw scans were released, the internet was filled with spoilers. From the scans, we know that Yuno, Charlotte, and Jack will undergo some powerful transformations.

This is the author’s attempt at displaying the fruits of all the hard work the characters put in to defeat the Dark Triad. Yuno and Langriss are going to fight Zenon in this chapter. This will not be an easy fight but, we hope for the character’s farewell. We also see Astra and Liebe working together to become stronger.

The Manga is going to be released at 0:00 JST on 24 January 2021. Its English translations are expected to release by these times –

Fans of the Manga can enjoy the English version on websites like Viz or Mangaplus. New chapters will be released every single week, for it is a weekly Shonen series.