The Blacklist Season 8: Megan Boone and Other Cast Members to Return

The Blacklist Season 8 Updates: The major cast of members of The Blacklist including Megan Boone and others have taken it on social media to celebrate the return of the show.

The Blacklist will be coming back with the eighth season of the series. Megan Boone will be seen coming back with all other cast members. As told by the actress earlier, they will be returning in live-action instead of animation.

The return of the show for its production stage marks its comeback for the first time filming post the COVID season.

What Megan Boone had to say about The Blacklist Season 8?

Previously, when this year was marked by an increasing number of deaths and the increasing threat of our current health crisis, the makers of the show were forced to finish the filming a little early.

The expert minds behind the making of the crime drama wrapped the season by undertaking animated means. However, presently in October, the filming of the eighth season of the show has begun.

Here is what Megan Boone had to say about the same. Boone said that it was her first day to be back on the shoot. Further, she mentioned how she is all geared up to entertain all the people who are stuck at home, especially introverts.

What Amir Arison said about the shoot of Season 8?

Amir Arison posted a picture in which fans got to see Aram, Agent Park, and Cooper together. It seems like Amir enjoyed shooting the previous season of the show.

Further, it seems like he is enjoying being on work and working with the crew of The Blacklist. All three of them are smiling with their semi-masquerade-style face shield.

Amir Arison has got a lot of positivity and enthusiasm to be back on the set. It has been a long time that we have seen The Blacklist and its members on our screens.

Further, Hisham Tawfiq uploaded a photo that was not from the sets of the shoot but was related to the next season. He wrote how he is sad about shaving his face clean. However, it is a sign of the return of The Blacklist.

The Blacklist Season 8: Cast-Who will Return & What to expect

Did Netflix confirmed “The Blacklist” Season 8? Get all the related details

The Blacklist Season 8 Netflix Release Date, Cast, Plot & What we know so far 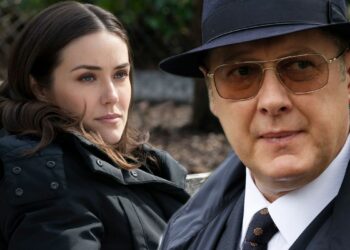 The Blacklist Season 8 Releasing in November 2020 and Jon Bokenkamp and John Eisendrath Opinions?