Emma Stone made an appearance at the premiere of When You Finish Saving The World with her husband, Dave McCary. 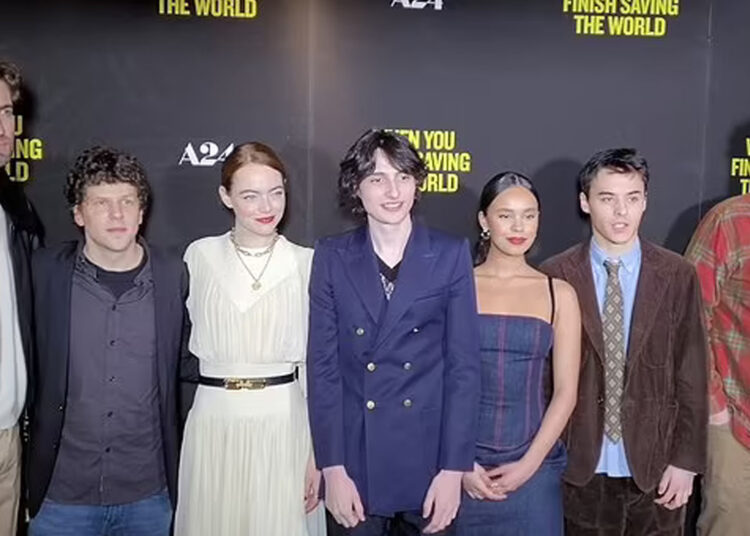 Talking about recent events, Emma Stone has been the one to stay away from the camera, as much as she can. After being the lead in one of the very successful movies in Hollywood, La La Land, she decided to take a break.

Recently, Emma was spotted at the premiere of When You Finish Saving The World. She was wearing a white dress that made everyone stare. Here’s

Emma Stone at the Premiere of When You Finish Saving the World.

Emma Stone made a rare appearance at the premiere of When You Finish Saving The World. The 34-year-old actress attended the red carpet on 12th January.

Emma was captured in her white angelic dress after she attended the premiere of Jesse Eisenberg’s directorial debut When You Finish Saving The World. As soon as she stepped out, the cameramen started capturing her without a second thought as it was so long after Emma came out of the blues.

Here’s Emma’s white dress look that we are talking about.

The notable fact is that Emma is not acting in the movie. Instead, she is producing Jesse Eisenberg’s directorial debut along with her husband, Dave McCary.

When You Finish Saving The World talks about the relationship of a mother and son, who are trying their best to make their relationship work. The roles of mother and son are played by Julianne Moore and Finn Wolfhard respectively.

Even though Emma dressed casually for the event, she was giving competition to everyone else present there. Her natural beauty is enough to make everyone around her stare.

Emma wore an off-white dress designed by none other than Louis Vuitton. Her makeup, hair, and everything else were done by Petra Flannery. The dress consisted of a draped bodice and a mid-length skirt.

To give extra weight to the beauty of her dress, Emma added a gold and black belt with black leather boots. For the accessories, she went casual again and wore two golden necklaces. At last, with light makeup, Emma went with red lipstick for a bold look.

Also Read: How Many Siblings Does Kevin Spacey Have? What Do They Do?

Emma and Dave arrived at the red carpet premiere together. But Dave decided to allow her wife to walk the aisle alone as he went inside the premiere without being captured by the cameras.

The Hollywood couple started dating in 2016. Since then, they are keeping a low profile by not being in the media much. In 2020, they tied the knot in a pretty close ceremony where only the mains of the two were present.