CBS News reported that while Hamlin remains in the intensive care unit at the University of Cincinnati Health Hospital, he is making steady progress. 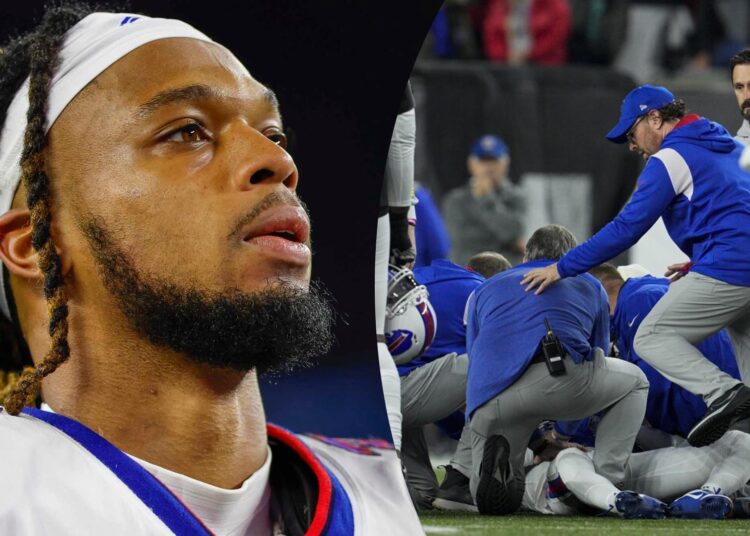 Damar Hamlin’s on-field collapse from a heart attack came as a shock to NFL fans and a source of controversy. Many doctors agree that his cardiac arrest was caused by commotio cordis, a rare condition that occurs primarily in male athletes when they are struck in the chest at the exact moment their heart stops mid-cycle of an electrical charge.

However, there are also some doctors who do not want to rule out the possibility of myocarditis, which is also a possible side effect of injecting the COVID-19 vaccine.

Regardless of the cause of Hamlin’s injury, the Buffalo Bills have been hospitalized and remain in critical condition as of this writing.

CBS News reported that while Hamlin remains in the intensive care unit at the University of Cincinnati Health Hospital, he is making steady progress and is neurologically intact; which is hopeful news for the 24-year-old along with his family, friends, and loved ones.

Dr. Timothy Pritts, who oversees the professional footballer’s care, said he had “made significant progress” following his scare on the pitch.

A clear sign of that progress was Hamlin’s uncle, Dorrian Glenn, who took time to speak with reporters outside the hospital to update them on his nephew’s improvement.

Also Read: Lizzo Wanted to Collaborate With Adele, Even Ready To Play Flute For Her!

Here is more about Damar Hamlin’s Progress In the Hospital.

When first admitted to the UCH ICU, Damar Hamlin was placed on a ventilator and 100% of his oxygen came from a machine. However, after about three days of hospital care, his dependence on the ventilator dropped from 100% to 50%.

The Buffalo Bills stated that Hamlin’s “lungs continue to heal and he is making steady progress”.

The injury occurred only in the first quarter of the Bills-Bengals game in Cincinnati, and the game was postponed as a result.

The NFL issued a statement on January 5, 2023, however, that the competition was unlikely to resume. However, NFL vice president Troy Vincent said during a conference call that “everything will be considered,” according to The Athletic.

The Daily Research Plot wishes Hamlin and his family and friends a speedy recovery during this difficult time.