Netflix is increasing its sci-fi movie and TV show lineup with the addition of an upcoming Korean film titled JUNG E. 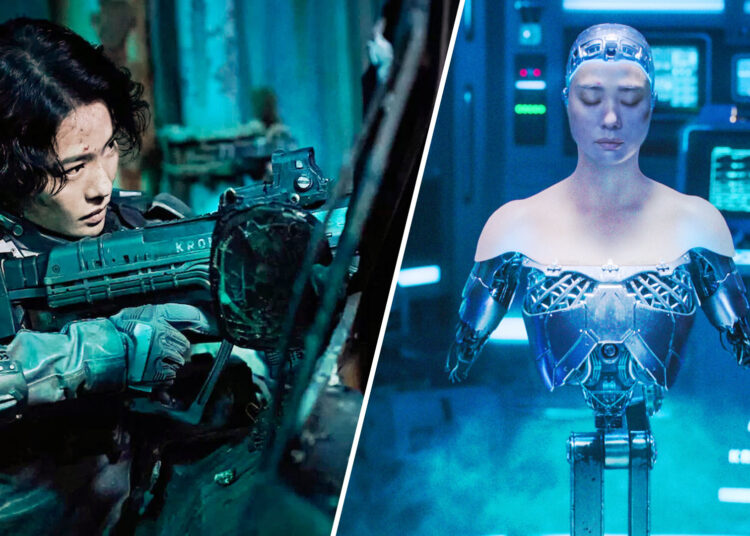 Netflix has released the trailer and release date for the upcoming Korean film Jung E. The sci-fi movie will be available on Netflix on January 20, 2023.

The story starts when war breaks out in a human-made refuge, and the brain of mercenary ‘Jung E’ is cloned and utilized to develop a fighting AI.

The experiment is thought to be a key to winning the war, but it comes with complications, as revealed in the trailer.

Several clones of Jung E (Kim Hyun-Joo) are seen lined up in a facility before being unleashed on armed robotic dogs. The story is set in a time when the Earth has been destroyed by climate change.

Most people live in an area called “Shelter,” where there is an ongoing civil conflict. Yun Jung-yi, a soldier, is sent on a mission to “Shelter,” only to return to Earth in a vegetative state.

The military chooses to resurrect Jung-Yi and her combative traits as an AI robot, while her daughter Yun Seo-hyun leads the essential brain cloning research. “With the topic of AI, I want to produce a work that blends the SF genre’s outstanding visual aesthetics with a very accessible topic at the heart of humans,” said director Yeon of the upcoming film.

The cast of Jung E

Kang Soo Yeon will play the lead character, Seo Hyun. She is the team head for a research center that develops a.i. and brain cloning technology and is in charge of Jung E’s brain clone and combat power test.

Unfortunately, JUNG E is the last time we see her on TV before she sadly died from a brain hemorrhage on May 7, 2022. Kim Hyun Joo will play Jung Yi, a former Allied Forces commander who is the subject of a brain cloning experiment.

The actress was most recently seen in the drama “Trolley.” Ryu Kyung Soo will play Sang Hoon, the leader of a research institute.