During the holidays, Hailey Bieber celebrated with some of her closest friends, including Kylie Jenner and Stassie, and her husband, Justin Bieber. 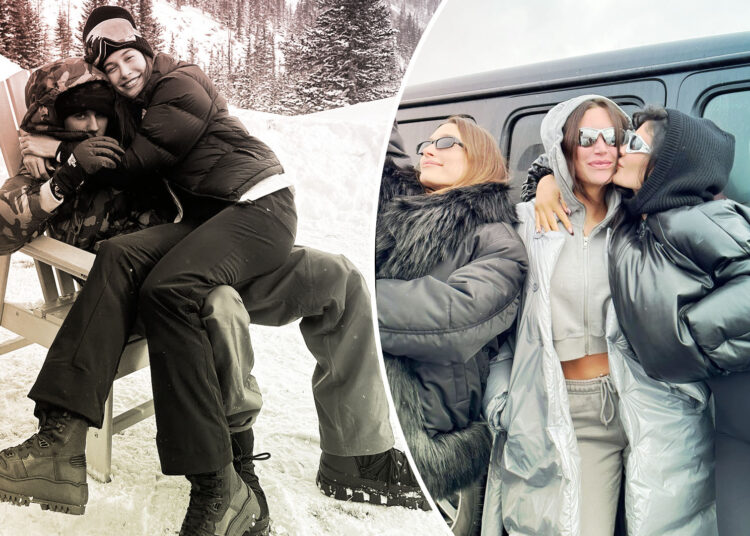 On Monday, January 2, the supermodel, who is 26 years old, Hailey Bieber posted a series of photographs from the year 2022 on her Instagram account. The photographs were captioned with the phrase “Holiday Dump” by the Rhode creator.

“Best moments. Best buddies. Best wishes for the New Year! During their vacation to Aspen, Colorado, Hailey and her husband, 28 years old, can be seen together on the snowy slopes in one shot.

The photograph depicted the native of Arizona sitting on Justin’s lap as the two wore bulky jackets and thick boots to keep warm.

In another video she uploaded, Hailey can be seen dancing to Tame Impala’s song “The Less I Know the Better” while sporting a headband that reads “Happy New Year.” In another film, she can be seen making her way over snow drifts almost as high as her knees.

Kylie Jenner and Karanikolaou, who are both 25, provided their respective audiences with a preview of the rejuvenating trip by uploading pictures from it on their respective Instagram profiles.

The creator of Kylie Cosmetics captioned her carousel with the year 2023. It included a photograph of her daughter Stormi, four years old, gazing out the window of a moving vehicle at some deer.

Here you can check out some pictures dumped by Kylie Jenner and Her Best Friend Hailey Bieber.

In another picture, the Hulu personality was seen giving her best friend a peck on the cheek as Hailey Bieber, dressed for the cold, stood close. On Karanikolaou’s personal Instagram account, the influencer posted a photo of herself wearing ski goggles and a candid picture of herself and her friend Hailey dressed up for New Year’s Eve.

Hailey Bieber has maintained her friendship with Karanikolaou, a former cast member of Life of Kylie, for many years.

Kendall Jenner disclosed in an interview for Hailey Baldwin’s YouTube series in March 2021 that Hailey was best friends with Kylie Jenner and was good friends with Ireland Baldwin, Kylie’s cousin. Kendall explained that she became closer to her fellow model because they were both employed in the fashion industry.

The creator of 818 Tequila, who is 27 years old, also said that her connection with Hailey initially generated some tension with Kylie since Kylie had known Hailey before Kendall did.

Kendall shared her thoughts by saying, “At first, Kylie was upset.” “I had to pull them back together and reassure them that everything was going to be all right. But it’s all wonderful since that’s the tale of our love.”

In November 2022, it was seen that all three ladies were present at a performance given by Harry Styles in Los Angeles. In 2013, Kendall had a short relationship with the 28-year-old singer, well-known for the song “Watermelon Sugar.”