Kylie Jenner was seen in all black while enjoying Thanksgiving with her family, including Travis! 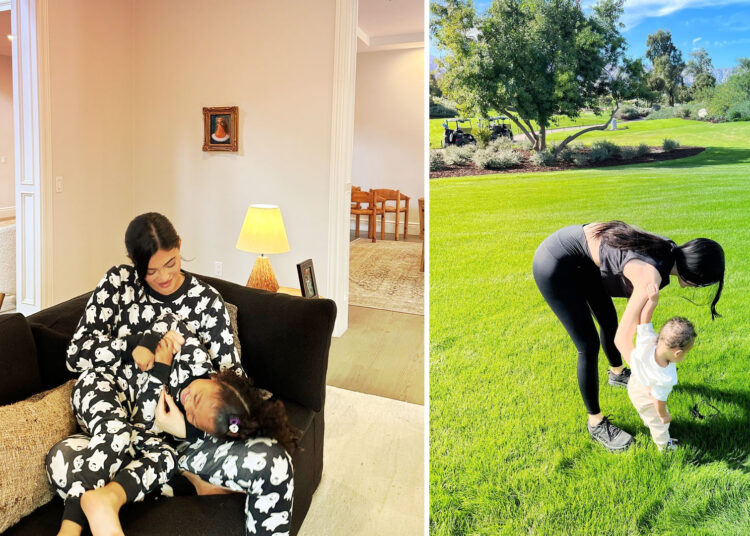 Recently Kylie Jenner shared some pictures on her Instagram, wearing a backless black dress, holding her son wolf webster in both of her hands, and her daughter Stormi Webster beside her.

It is the time of Thanksgiving and we have seen many celebrities enjoying this amazing day with their family and friends.

Whether it is related to spending time with their children are their partners, some celebrities have shown a glimpse of their personal life through social media accounts.

Something like this has recently happened as many celebrities decided to upload some pictures of their Thanksgiving with their partner and their loved ones.

Among them is Kylie Jenner who has uploaded some of the highlights of Thanksgiving with her son and daughter as well as Travis Scott.

Kylie Jenner is pretty much active on social media but at the same time, she is very much careful related to not give much information about her private life. But at the same time, it goes well with festivals. Coming to her Thanksgiving pictures then Kylie has uploaded a series of pictures where one can see her wearing all black.

Here you can have a look at Kylie Jenner’s Thanksgiving Photos.

Kylie Jenner was seen wearing a backless gown while her hair was tied up in a bun. She has also shared a little glimpse of her son who is seen in many pictures but his face was not revealed.

On the other hand, her daughter was also wearing black just like her mother. In one of the pictures, Kylie Jenner was seen wearing a leather jacket and boots while taking a selfie from her phone.

In one of the pictures, Kylie Jenner was also seen helping her son to walk on the grass while she was wearing black leggings and crop tops.

One of the best pictures of all is the last one where Kylie Jenner was seen hugging Travis who was also wearing a black sweatshirt with black jeans. He was wearing black and white sneakers while holding the reality star by his hand.