Since its reappearance for Part 2, SPY x FAMILY has dazzled fans, and now with episode 7, fans are in amazement! 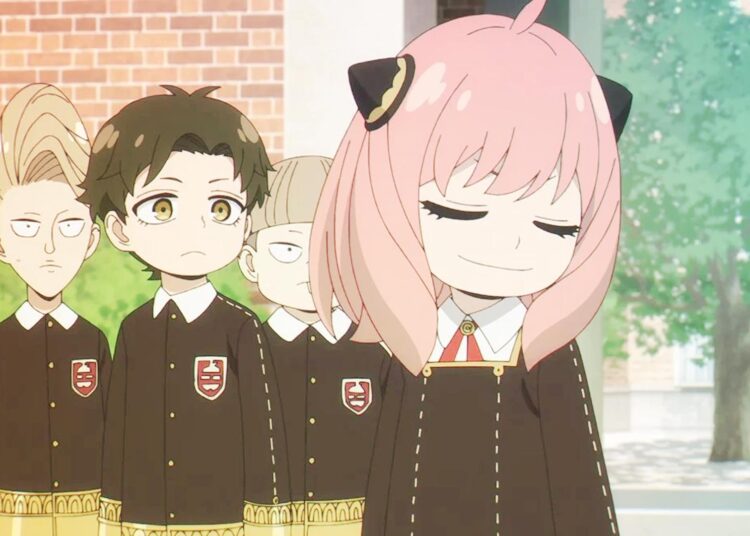 Spy X Family Season 2 Episode 7 was released on 12th November 2022. Following the first season’s popularity, it was only evident that the Forger family would return for a second season.

The anime returns with breathtaking animation greatly inspired by the success of season 1, as well as a fast-paced plot that will never fail to surprise the audience.

Nothing beats the Spy x Family franchise for comedy, which uses simple events to make you laugh till you shed tears. This episode also demonstrated how children’s spontaneous behaviors might be as amusing as well-written jokes.

This episode also teaches who wanted the Desmond brothers to leave Eden Academy. When he realized he would bear the consequences of the adult’s actions, George, who is generally an introvert, had to turn to sneaky means. And the Desmonds play an essential part in all of this. George pledges revenge on them, particularly his classmate Damian, who recently received a Stella star.

I have to give credit to a kid like George’s creative imagination and praise him for imagining the worst scenarios he may face in the future. He is confident that no one will hear from him after today and that it will be his final day in his beloved Eden.

However, a surprise towards the end demonstrates how unexpected events may be in Spy x Family and that nothing in this anime can be taken too seriously.

The Yor simps were in for a treat in the second half. The anime gives us magnificent vistas of Yor performing parkour throughout the town and leaves some crumbs for Yor x Loid shippers towards the end.

Their relationship is far from romantic, yet each connection between them makes you hope that they will get together soon. This chapter also showed Yor’s purity of heart and her passionate dedication to the Forgers.

She sincerely wants to be an excellent mother to Anya and is willing to take considerable measures to achieve that goal. Loid is gradually warming up to her and is less suspicious of her intentions than he was at first.

The show stars several well-known and outstanding actors, including

You can’t stop laughing in the first half because of the strange things the Spy x Family kids do. However, the highlight was undoubtedly Anya’s expression, which was the most relatable one during George’s appearance, wondering what was going on.

The second half was fantastic since it was a victory for Yor fans. As a die-hard Yor x Loid fan, I had a broad smile on my face towards the end because of their clumsy yet adorable interaction.