In Italy, a father's request brings a wooden son to life, allowing him to care for the youngster. 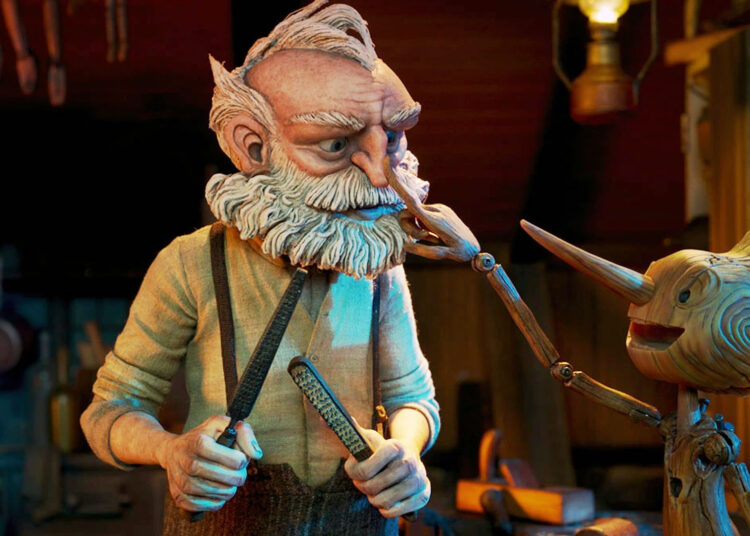 “Pinocchio” is a classic fairytale about a small wooden kid who wishes to become a real boy, and we’re about to be treated to a wonderfully inventive retelling of the narrative.

Guillermo del Toro, the writer and director of a number of the greatest theatrical fairy tales of our time, such as “Pan’s Labyrinth” and “The Shape of Water,” is working on a stop-motion animated feature about a doll that yearns for a human body. It looks amazing, with some of the most intricate stop-motion figures I’ve ever seen.

Guillermo Del Toro’s Pinocchio will return the story to its origins, riffing on Carlo Collodi’s 1883 classic and distorting it to portray a much more del Toro-themed narrative about the perils of fascism.

Followers of the Disney animated film “Pinocchio” will be pleased to know that a live-action rendition of the story is in the works, so there will be plenty of Pinocchio to go around.

Pinocchio is adored by the crew of the Revenge in “Our Flag Means Death,” so you know it’s special. Everything you need to know about del Toro’s impending Netflix adaptation is right here.

What is the release date of Pinocchio and where you can watch it?

“Pinocchio” will be available on Netflix on December 9, 2022, just in time for the festive season. The film will also be released in select cinemas via Netflix, though no dates have been fixed.

The timing is ideal, positioning “Pinocchio” as a possible family favorite as well as a genuine awards candidate. If the stars align, del Toro may win another Oscar for his efforts.

What is the plot for Pinocchio?

The classic “Pinocchio” was about kids learning to be decent adults while losing their sense of whimsy and wonder.

The novel was packed with morality stories, making it ideal for Disney to adapt into an animated film in 1940.

Following the regulations and blending in has never been del Toro’s ambition, and his version of the story will take place in authoritarian Italy during World War II. Pinocchio must learn to escape the dangers of fascism, which are even scarier than being changed into a donkey.

The movie will be edgier than the Disney version, but it will still have moral teachings about challenging authority and standing up for what is right.

Del Toro’s films have a history of criticizing fascism, with fascists serving as antagonists in numerous of them. For starters, Hellboy battles Nazis, while Ofelia in “Pan’s Labyrinth” battles her fascist army captain stepfather.

It will be intriguing to see how he incorporates these concepts into a more family-friendly venue. We’ll have to watch and see whether Pinocchio’s nose grows whenever he lies, but based on that puppet’s pointed proboscis, I’d think it’s a fair bet.

Who is in the cast of Pinocchio?

The film “Pinocchio” will also feature quite a number of the voice talents of some of today’s biggest stars:

Del Toro has worked with many of these cast members before, bringing back some of his regular working partners like Perlman and Gorman, who are both great performers who already understand del Toro’s unique vision. December can’t get here soon enough.