The Lost Lotteries Release Date, Cast, Plot, and Everything you need to know

The Trailer of the movie The Lost Lotteries does not reveal much, however, it is fixed that the movie will be a lot of fun.

by Sarvjeet Malik
Reading Time: 2 mins read
A A
0 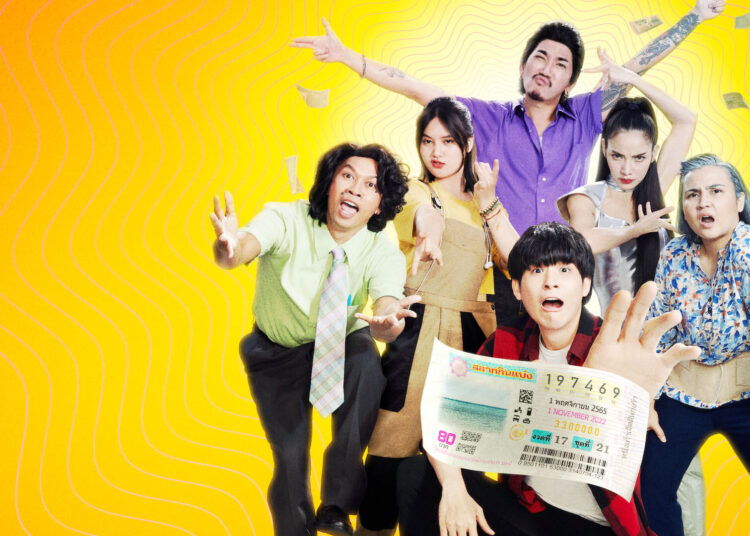 Are you interested in movies with a storyline of a man getting rich in a day, a heist, and lots of action? then Netflix’s original got your back, as Netflix is going to release The Lost Lotteries with this concept but! with a twist.

It is confirmed that The Lost Lotteries will premiere on November 16, 2022, exclusively on Netflix.

After watching the trailer of the Lost Lotteries, it is clear that the movie has a great storyline as it starts with a poor teenager who sells lottery tickets( Tay ) and has big dreams.

One day he received a call from his mother and his mother instructed him not to sell lottery tickets of set 5 as 4 people had already booked them, soon he got to know that lottery ticket set 5 had a lottery worth 30 million baht. but the happiness didn’t last long as soon the ticket is taken by the loon, now the team of six, the lottery ticket seller, his mother, and four more  ( when – a shabby movie extra, Zoe – a funny mc, Khung – a failed salesman, beat – a poor locksmith) who pre-booked the lottery ticket will plan a heist with no prior heist experience.

To win their lottery tickets back, they must put themselves on a pedal and fight the mafia who stole them. each individual has their skills that will help in the heist, however, the chances for a successful heist are pretty low.

The Trailer of the movie The Lost Lotteries does not reveal much, however, it is fixed that the movie will be a lot of fun.

Also Read: Bardo Release Date, Cast, Plot, and All That We Know So Far!!!

Prueksa Amaruji is famous for his films bikeman and riam fighting angel.

The director and producer of this movie have been featured under Netflix’s Thai slate of productions. This debut slate involves four home-produced feature films and two series.