The series Money Heist Korea had earned largely favourable reviews after its debut. 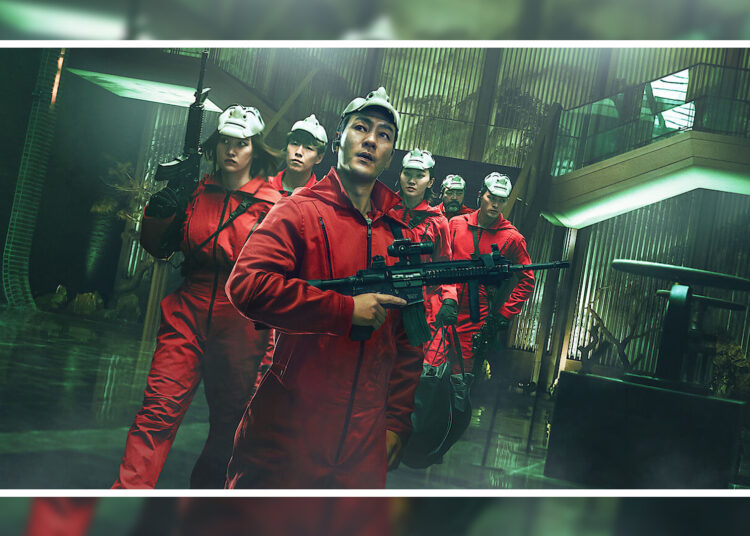 The remake takes place against the backdrop of an increasingly unified Korean Peninsula. After years of fighting and discontent between them, North and South Korea have finally agreed to put their differences aside and work together. The Joint Security Area was changed into the Joint Economic Area, which developed into a significant financial center on the peninsula.

The series earned largely favorable reviews after its debut. Many people praised how skillfully the Korean remake’s creators were able to adapt the distinctly Spanish story to the Korean context. Continue reading if you want to know when season 2 of “Money Heist: Korea” will be released, who will appear in it, and all other relevant developments.

During the Tudum 2022 virtual event, Netflix did not formally announce the date of Season 2’s debut, but the streaming service did reveal a brand-new preview, which you can view below:

The principal casts members who are most likely believed to reprise their roles in the second season include the following:

1. Yoo Ji-Tae will play the role of Professor / Park Sun-ho

2. Park Hae-soo will play the role of Berlin / Song Jung-ho

3. Jeon Jong-SEO will play the role of Tokyo / Lee Hong-dan

4. Lee Hyun-woo will play the role of Rio / Han Joseph

5. Lee Won-jong will play the role of Moscow / Oh Man-sik

6. Kim Ji-hoon will play the role of Denver / Oh Taek-su

7. Jang Yoon-Ju will play the role of Nairobi / Sim Young-mun

8. Kim Ji-hun will play the role of Helsinki / Ko Myung-tae

9. Lee Kyu-ho will play the role of Oslo / Lee Sang-Yeon

What Will Be Season 2 About?

In season 2, the plan that The Professors have been working on will finally start to come to fruition. The conclusion of the first season reveals that the Professor was a real educator in the past and was actively involved in the establishment of North Korea’s full open-door economic policy. This information is presented in the episode “The Finale.”

Seon Woojin and the government make an attempt to persuade the robbers to release at least part of the hostages; however, the robbers gain support from the public when they announce that they haven’t killed a soldier who penetrated the Mint.

It comes to Captain Cha Moohyuk’s attention that Park Sunho is a possible suspect after Anne Kim is successful in placing the letter in Woojin’s pocket that reveals details about the theft. The Korean remake’s story has so far mostly adhered to the plot of the original series.

However, there appears to be a substantial difference between the two Professors’ motivations, which could lead to the remake in an intriguing and unexpected way. The Professor may have organized the theft to bring down the entire system, as we may find out.

It’s still likely that Oslo and Moscow will pass away during the course of the following six episodes, just like they did in the first season. It is possible that Woojin’s loyalty will be put to the test if and when she discovers that her boyfriend, Paek Sunho is truly the Professor.

Will There Be More Season Of Money Heist: Korea?

Fans of the original Money Heist know that there are a total of five seasons on Netflix. It’s unclear, therefore, whether Netflix intends to follow the same path with the Korean adaptation as it did with the Spanish version.

Money Heist was a series that captivated audiences all over the world and kept fans on the edge of their seats from the beginning to the end. It was due to the show’s immense popularity that Netflix was able to invest in more seasons of the series.

Although the Korean version of Money Heist is a superb and accurate adaptation, it might never have the same level of success as the Spanish drama’s initial run. Money Heist: Korea – Joint Economic Area, may continue after season 2, provided it remains popular and meets Netflix’s high standards.