The Brahmastra actress is a perfect candidate for a ramp walk and she spread her magic this week. 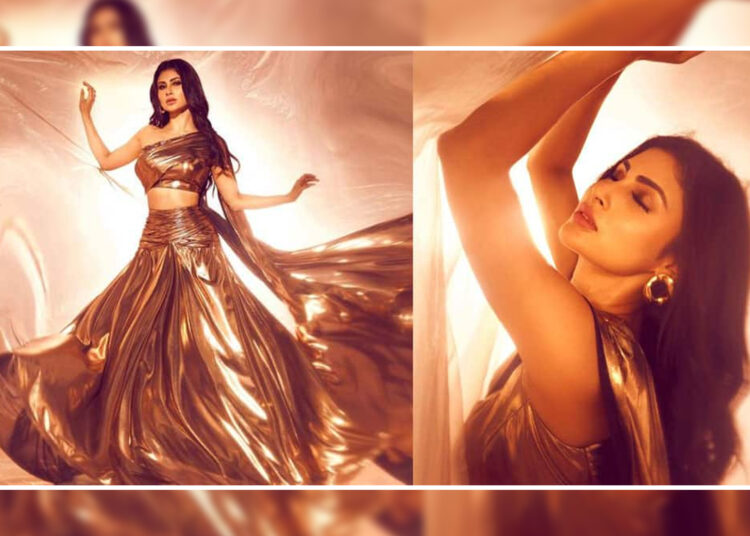 Mouni Roys Update: When it comes to spreading glamour, Mouni Roy is on a completely different level and especially in recent days, the year 2022 has been a year to remember for the beautiful diva.

Moni is tasting success in whichever field she is entering into, after having such a great career in the television industry Mouni has now successfully established herself in the Bollywood industry and her magic was seen in the recently released one of the most anticipated movies in recent times, Brahmastra, and her performance in the film has received appreciation from top film critiques, so much so that even some even said that her role as Junoon overshadowed Alia Bhatt and Ranbir Kapoor’s performance.

Well, these appreciations are achievements in themselves but as we know Mouni Roy is as humble as they come, and all that she has said about her recent success is that she is overwhelmed and really thankful for the love she is getting from fans.

Mouni tied knots with long-time boyfriend Suraj Nambiar in January this year and it seems like the marriage has indeed brought lots of prosperity in her life now that Mouni has become such a huge star, she is literally never free from work, from brand advertisements to launch events, Mouni is getting invited everywhere, just recently she did a ramp walk at the Bombay Times Fashion Week 2022,

the diva amazed everyone with her charm while she launched the new collection named Mercurial by the brand Streax Professional.

Mouni wore a white gown with flowers and patches all over it, the outfit had a slit design from the knees and a long back, it ranked had a cutout design from the back, and Mouni’s perfect figure was radiating from it, she looked like smoking hot as she walked the ramp with an irresistible charm and confidence.

Now that Mouni has such a big star, we will definitely see her many more projects in the future and as of now, her upcoming projects include Bole Chudiyan and Maya Jala, the release dates of the projects are yet to be announced.