Kendall Jenner Was Seen In White Dress While Enjoying Party At NYC!

Kendall Jenner celebrated her 818 in NYC with friends, was seen in strapless dress! 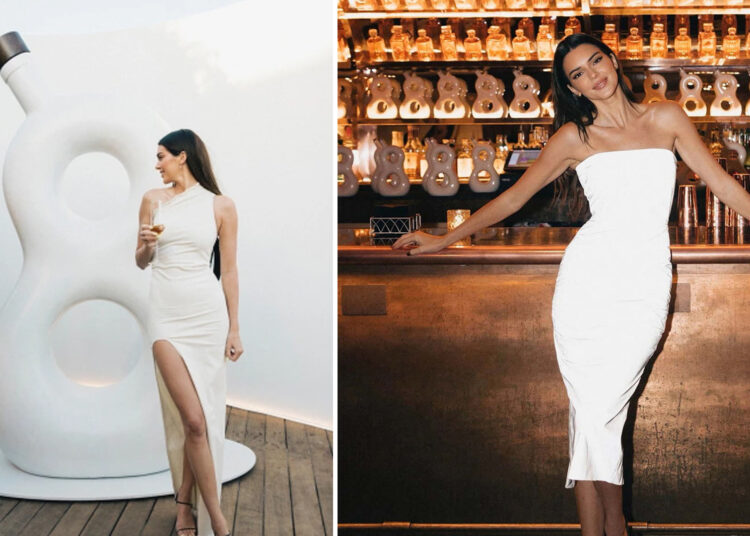 Kendall Jenner Update: There are a lot of things that are going on in terms of fashion and it is glorified more when we see celebrities with their unseen look. Whether it is related to any event or party or date night, everything goes perfectly as they are public figures. Sometimes it is related to the t-shirt or the brand that they choose to show, it just defines their personality and mood. Among them are the reality star and the model Kendall Jenner.

Reality star Kendall Jenner was recently seen in one of her best looks for a New York City party. It was on 22 September 2022 when she was seen in the New York City hotel for her 818 Tequila party.

The 26-year-old model was looking very beautiful in her strapless white dress. The whole party was hosted by the model herself and that is the reason why the main focus was none other than her.

Kendall Jenner has decided to let her dress do all the talking ass she was wearing it perfectly. The only accessories that she was carrying were tiny earrings that were adding a perfect look. She was also wearing silver flip-flop heels and her hair was straightened.

The makeup of Kendall Jenner was to the point as her gloss lipstick was matching well with her outfit. She was also seen in red nail paints that were looking perfect on her. For the party, she rented a club in a hotel. It was not just her but all of her friends, including Scott Disick and Tyrell Hampton.

According to some of the sources, there were a lot of people present at the party and most of them were celebrities. Everyone had a fun time and that is the reason why they were seen smiling and laughing. The whole club was shut down and everyone was having the vibe by taking the shot of 818.

Coming to the inside look then Kendall Jenner has uploaded some pictures on her Instagram stories, including a mirror selfie of herself. She was seen in a white beautiful dress. She has also taken some of the tequila displayed at the table and also a bucket full of ice with her product.

Kendall Jenner has not uploaded many pictures related to the party including her friends and that is the reason why a lot of fans wanted to have the inside look.