List of Films and TV series in which Nicole Kidman has acted in significant roles, and you must give a try to these movies. 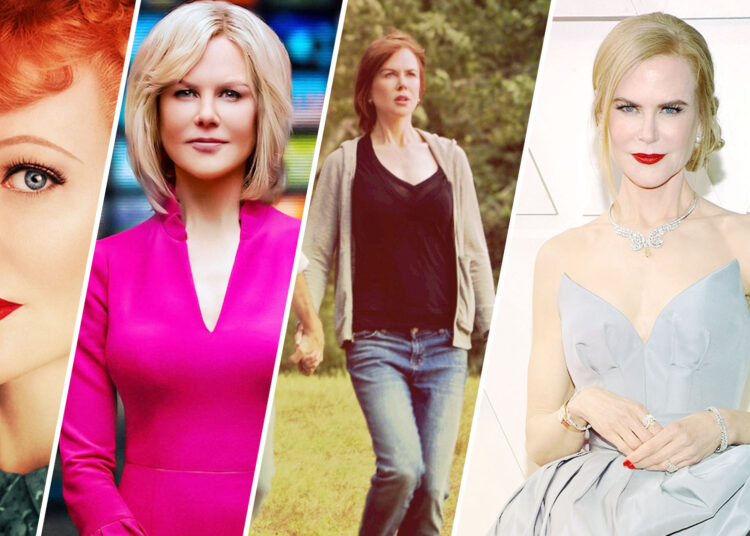 American-Australian actress and producer Nicole Kidman is one of the highest-paid actresses in the world and the recipient of a number of prestigious accolades.

Her notable roles include both film and tv series characters. This article will delve deeper into Kidman’s filmography.

Notable films in which Nicole Kidman has starred:

This is an Australian psychological thriller in which Nicole Kidman was cast as the lead role of Rae Ingram co-starring with Sam Neill and Billy Zane.

As Nicola Radcliffe, a teenage girl, Kidman starred in this coming-of-age comedy movie by John Duigan.

This is a biographical gangster film in which Kidman starred as Drew Preston with Loren Dean as the titular character and Dustin Hoffman as Dutch Schultz, a real-life gangster.

This is Gus Van Sant’s satirical black comedy movie in which Kidman was cast in the lead role of Suzanne Stone-Maretto. Kidman won a British Academy Film Award nomination for Best Actress for this role.

This jukebox musical romantic movie starred Kidman in the lead role of cabaret actress and courtesan of the Paris cabaret Moulin Rouge. She earned her first Academy Award nomination for this role in the category of Best Actress.

It is a Spanish gothic supernatural psychological horror movie starred by Kidman in the lead character of Grace Stewart. She was nominated for British Academy Film Awards for Best Actress in a Leading Role for this role.

Stephen Daldry’s psychological movie cast Kidman in the role of Virginia Wolf as she co-starred with Stephen Dillane, Meryl Streep, and Julianne Moore. Kidman won the Academy Award for Best Actress for this role.

Kidman won another Academy Award nomination for Best Actress for this role.

It is a comedy movie by Jason Bateman in which Kidman was cast in the role of Annie Fang with Jason Bateman and Christopher Walker in other roles.

This is a psychological horror thriller drama in which Kidman was cast as Anna Murphy who co-starred with Colin Farrell, Barry Keoghan, and Raffey Cassidy.

In this Southern Gothic thriller set in the time of the Civil War, Kidman was cast as Miss Martha Farnsworth who runs a girls’ school, co-starring with Kristen Dunst, Elle Fanning, and her former co-star Colin Farrell.

Kidman starred in the role of Erin Bell in this neo-noir crime movie directed by Karyn Kusama.

It is a biographical drama about American LGBTQ activist and author Garrard Conley starring Kidman in the role of Nancy Eamons who is framed as Conley’s wife Martha Conley.

This is a biographical drama that starred Kidman as an American actress and singer Lucille Ball with Javier Bardem as actor and bandleader Desi Arnaz. Kidman won another Academy Award nomination in the Best Actress category for this role.

Notable TV Series in which Kidman has starred:

In this Australian mini-series of 1987, Kidman played the role of Megan Goddard.

This series is adapted from the same named novel by Liane Moriarty in which Kidman played Celeste Wright co-starring with Reese Witherspoon.

The role garnered Kidman a Primetime Emmy Award for Outstanding Lead Actress in a Limited Series or Movie for this role.

Top of the Lake: China Girl-

Kidman played Julia Edward co-starring with Gwendoline Christie and Elisabeth Moss in this sequel of ‘Top of the Lake’.

This is a mystery psychological thriller miniseries starring Kidman as Grace Fraser with Hugh Grant as Jonathan Fraser.

This is another miniseries and it is adapted from Liane Moriarty’s same-named novel. The role Kidman played in this series is of a wellness resort Tranquillum House’s founder Masha Dmitrichenko.