The stories of Anime are based on out-of-the-box concepts or less talk-about concepts. And it is making them more interesting and watch-worthy content!!!!! 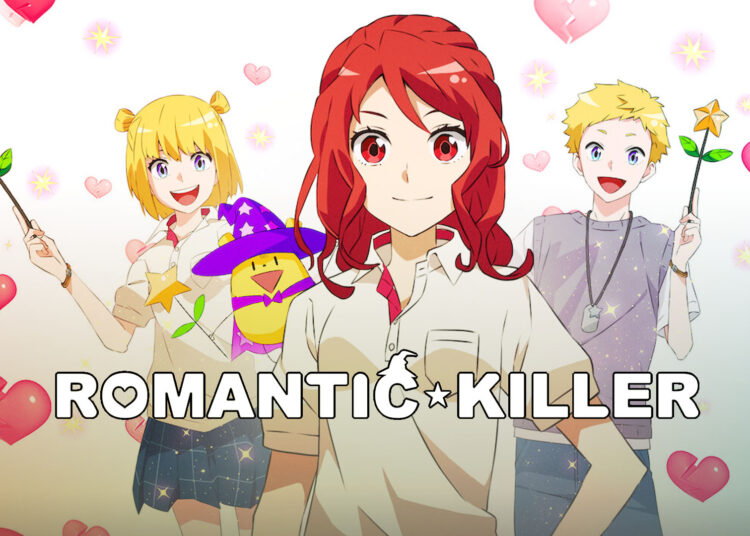 New Anime Romantic Killer is all set to release on Netflix this October 2022. Anime nowadays acts as a stress reliever too many of its viewers. They are the upcoming content that is winning the hearts of the fans and providing them with new, unique storylines and concepts.

The stories of Anime are based on out-of-the-box concepts or less talk-about concepts. And it is making them more interesting and watch-worthy content!!!!!

The story of this anime is adapted from a Comic. The satirical manga series Romantic Killer is being given the treatment like an anime.

Lets us know more about this whimsical energy filled unique rom-com anime. So read this article till the end to know many more things about this upcoming anime series. I assure you you’ll not regret reading this one!!!

The Anime series titled as Romantic Killer will be streamed on the streaming giant Netflix on Thursday, October 27th, 2022 and this will be added to the already vast library of anime series on Netflix.

Also, you can binge-watch this particular series unlike most Anime series because all the episodes of this season will be released in one shot on 27th October 2022. That means you need to spare at least a week to completely watch this Rom-Com.

What will be the plot or the storyline of the series?

As the name itself suggest that there will be a lot of romance in this anime series. The story will basically focus on Anzu Hoshino who is a high school girl suddenly forced into a typical and so-called shojo heroine’s dream and then being romantically chased by the most famous guy in the school.

But the life of Anzu takes a drastic turn which changes her life upside-down when a fairy named Riri enters her life. She begins to play the role of a matchmaker in Anzu’s life. But what was matchmaker trying to do is in complete contrast with Anzu’s thinking about life.

So ultimately she needs to face the fairy and made her understand that she does not want a life full of romance and wants a partner or something like that infact she loves her single life.

More details on the plot of the series reveal that it is a plan devised from a magical realm that is beyond the imagination to increase the human population on earth, targeting one young heart at a time. And the fairy named Riri believes that Anzu is a perfect candidate for accomplishing the target.

Trailer of the series:

The two main characters of the story were introduced in the trailer itself named Anzu and Riri. Among them one is a tom-boy girl who does not want a boy in her life and on the other hand, one is a fairy who wants Anzu to get engaged in a romance with a boy to increase the population on the planet.

What seems to be the main focus of the short trailer is the contemptuous relationship shared between Anzu and Riri; one who’s totally against love and the other who badly strives for it.

You can access the trailer of the same by clicking on the link below: