New Amsterdam is unquestionably one of the most intriguing medical series on television. Dr. Max Goodwin, the hospital's latest medical director, challenges the current system and breathes fresh life into this underfunded and neglected institution. 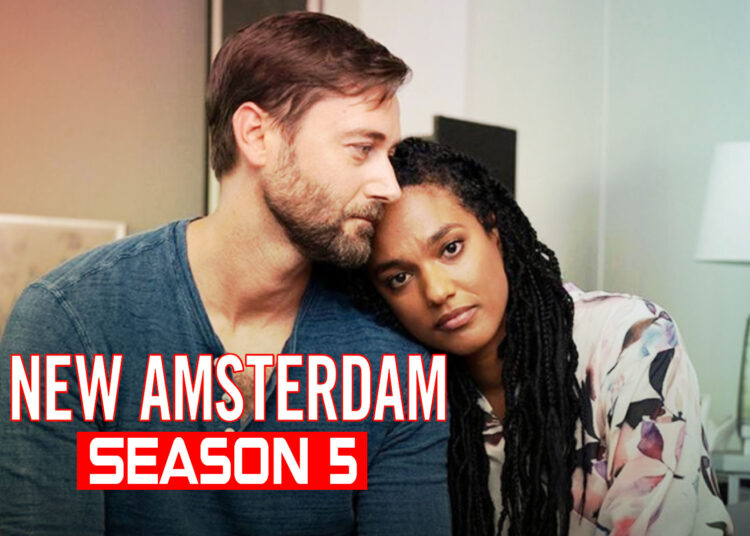 We’ve watched Max and his staff work relentlessly throughout four seasons, and New Amsterdam Season 5 marks the end of an era as the show’s last chapter.

With the wedding approaching, this season is expected to juggle Max’s confused emotions. But, now that Helen hasn’t returned, all eyes are on Max’s eventual finale. Being back in New Amsterdam wasn’t in his long-term plans. Therefore this season may gradually expose his plans.

New Amsterdam Season 5 Episode 1 will premiere on Tuesday, September 20th at 10 p.m. However, no authorized date is set for this season in the UK or abroad.

New Amsterdam should be released with subtitles available for catch-up viewing. The first episode will be about 45 minutes long, which is typical of the rest of the series.

The number of episodes in season 5  of New Amsterdam

New Amsterdam will include 13 episodes, with one episode released each week. Keeping that in mind, there are 12 more episodes following this one.

The Doctors of New Amsterdam

Sandra Mae Frank has now been appointed to the position of series regular. Sandra Mae Frank, featured in many episodes of New Amsterdam season 4, will return as a regular series in season 5. Frank will return to the character of Dr. Elizabeth Wilder.

Freema Agyeman will not be back.

Because Freema Agyeman, who portrays Helen Sharpe, will not be returning for season 5, it appears Max will need a new partner in the last season of New Amsterdam. Agyeman sent a statement to TVline confirming her official departure from the show.

Dr. Max Goodwin and his medical staff at the New Amsterdam Medical Center are the focus of the first several seasons of New Amsterdam. Goodwin is the hospital’s director.

He did everything in his power to restore the dysfunctional medical system so that he could provide the most effective medical treatment possible to those in need while supervising some of the most talented doctors from various fields.

Universal Television President Erin Underhill expressed her confidence in the project in an interview with Deadline.

The Season 4 finale ended with Helen failing to show up for their rooftop wedding and weeping on the phone to Max, stating, “I simply can’t.” I’m very sorry.”

Something was holding her in London, but what does it indicate for the couple’s future and Agyeman’s departure between seasons? Will they give long-distance dating a shot? Is Helen canceling the wedding? And how will Max deal with whatever the future will hold for them? All will be answered in season 5 of Amsterdam!